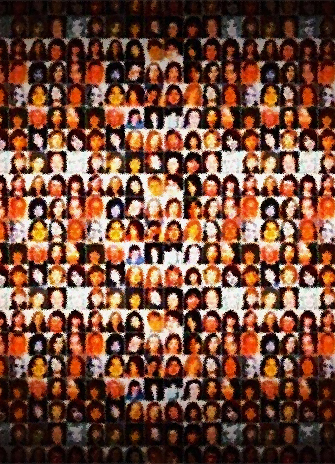 Osgoode Hall Law School hosted roundtable on Feb. 6 to explore what will be needed for the Inquiry into Missing and Murdered Indigenous Women. Osgoode Dean Lorne Sossin penned the following reflection on the importance of the day and what was accomplished.

Osgoode Hall Law School hosted a remarkable roundtable on Feb. 6 to explore issues relating to the federal government’s recently announced Inquiry into Missing and Murdered Indigenous Women. With the support of the government, and in particular the federal Ministry of Indigenous and Northern Affairs, more than 40 experts participated in the roundtable. Representing inquiry commissioners, counsel, advocates, and participants, the group was joined by 40 observers comprised of government representatives and law students who volunteered to attend the event. The insights shared were compelling, challenging and constructive.

The announcement in December 2015 that the government of Canada would appoint an inquiry into the disappearance and death of Indigenous women and girls was welcome news to many Canadians. So, too, was the decision to have a pre-inquiry phase during which the government would elicit views about the best way to construct the inquiry so as to meet the hopes of families of those missing and killed, and to ensure that the inquiry would make a strong contribution to healing past wounds and developing future policy.

The roundtable began with a ceremony involving Valarie King and singers and drummers from the Mississaugas of the New Credit First Nation. Elder Pauline Shirt, who has been providing guidance in the pre-inquiry consultations for the government, was on hand to offer a prayer and a welcome to ensure everyone participating was focused and prepared for the sharing of knowledge and insights to come. The three federal Cabinet Ministers responsible for the development of the Inquiry – Minister of Justice Jody Wilson-Raybould, Minister for the Status of Women Patricia Hajdu and the Minister for Indigenous and Northern Affairs Carolyn Bennett – all offered their welcome to the roundtable as well. The ministers (and deputy ministers and other officials in attendance) stayed throughout the roundtable as observers. Each minister commented on how meaningful it was to them to see so many experts and so many dedicated students. The sense of energy and experience in the room was palpable.

We were so fortunate to have present experts who participated, in various ways, in over 20 commissions and inquiries. The roundtable featured lawyers and judges, family members and representatives of leading service and advocacy organizations in the Indigenous community and civil society, and academic experts on inquiries and dispute resolution.

Delia Opekokew, for example, shared her experience acting for the family of Dudley George through the events giving rise to the Ipperwash Inquiry, while former Chief Justice Sid Linden was present to share his perspective as the commissioner of the Ipperwish Inquiry. Derry Millar and Susan Vella explored that same experience form the perspective of commission counsel. Stephen Goudge discussed his experience both as commission counsel for Tom Berger’s Inquiry into the McKenzie Valley Pipeline in the 1970s and as a commissioner into Pediatric Forensic Pathology in 2008. Former Ontario Premier and federal cabinet minister Bob Rae discussed his role in advising the federal government on whether to hold an inquiry into the Air India terrorist attack. Retired Court of Appeal Justice Dennis O’Connor reflected on what he learned both from the Walkerton and Arar Inquiries, while lawyers Freya Kristjanson and Brian Gover discussed the complexity of those inquiries based on their experience as counsel. Christa Big Canoe linked the various kinds of learning from public inquiries to analogous experiences with coroner’s inquests and pointed to the long history of Indigenous forms of public inquiry, while Ontario’s Assistant Deputy Attorney General Kim Murray added her comparative insights as the executive director of the Truth and Reconciliation Commission.

Academics including Sherene Razack, Jennifer Llewellyn, Genevieve Cartier, Marlene Brant Castellano and Peter Russell helped situate past inquiries in broader perspectives, particularly their mandate to contribute new research and new knowledge on the policies and practices that related to those inquiries.

Finally, family advocates, including Wanda Whitebird and Audrey Hunter, reminded the roundtable participants that the inquiry is not for lawyers but for the families and the women who were lost, who were not kept safe, and those who continue to be unsafe. And this just scratches the surface of the people and perspectives in the room.

The roundtable was superbly co-chaired by Osgoode Professor Ronda Bessner and Osgoode Visiting McMurtry Fellow Mary Eberts. While the morning focused on what participants might learn from past inquiries, the afternoon featured a discussion of some of the vital and vexing questions that will accompany the Inquiry into Missing and Murdered Indigenous Women. These questions included: How to coordinate the federal and provincial law enforcement offices that will have to cooperate for the inquiry to be a success; how to deal with both systemic and individual issues; how (and whether) to incorporate perpetrators in the scope of the inquiry; and, how to advance healing and reconciliation. Other questions considered: How to ensure the inquiry produces real results and does not get bogged down in legal process; how to conduct research in support of the inquiry that is appropriate and builds on the invaluable learning from Royal Commission on Aboriginal Peoples and the Residential Schools TRC, as well as knowledge keepers and traditional ways of sharing information? One woman spoke of her sister’s murder and how she was in the wrong place at the wrong time. An Indigenous lawyer at the roundtable observed: “Today, in Canada, all Indigenous women are in the ‘wrong place at the wrong time’.”

Any Inquiry into Missing and Murdered Indigenous Women will have to do justice to both these realities.

A fuller report on the roundtable will be coming soon. Osgoode’s Indigenous Students Association members, as mentioned above, were out in force at the roundtable, serving as note takers, assisting with materials and greeting all participants. They were guided by Osgoode Professor Signa Daum Shanks, who also assisted in the roundtable planning.

Several Osgoode faculty members and other students attended the roundtable as observers. The day included difficult legal questions, expressions of overwhelming pain and loss, and a shared commitment to ensure Indigenous communities and knowledge guide the inquiry to come, which will be like none other in Canadian history.

As King and her family shared a closing song, Shirt brought the proceedings to a close. The roundtable participants and observers took away an understanding of both of the importance and the enormity of the inquiry’s ambition.