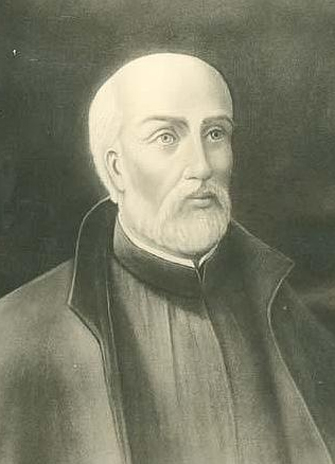 Brébeuf’s Ghost is a poetic and powerful story of the survival of Indigenous culture in the face of colonial oppression and destruction. The play is set in 1649 at Lake Nipissing, where the First Nations communities are at war with Christian missionaries. Worlds are colliding. On top of everything, the ghost of the Jesuit missionary Jean de Brébeuf, killed earlier in the year in Huronia, has returned.

With Brébeuf’s Ghost, Moses depicts a dark but ultimately healing vision of early Canada. The audience is drawn in to witness an intensely theatrical epic that reveals the shattering consequences of the collision between native and non-native cultures, traditions and social structures.

“I think it’s really important to understand that this story is our story – the story of all Canadians”, she said. “It’s about contact between the Indigenous people and the people who came over to these lands. What I want audiences to take away from the experience of the play is an understanding of how we got to 2016.”

For Brébeuf’s Ghost, Nolan directs a talented young cast drawn from the fourth year Acting Conservatory in York’s Department of Theatre. Upper-year undergrads make up the creative team handling all aspects of production design and execution, including sets, costumes, lighting and an original soundscape.

Daniel David Moses is registered as a Delaware Indian, though he hails from the Six Nations lands located on the Grand River near Brantford, Ontario. An alumnus of York University’s Theatre program, he is one of Canada’s foremost playwrights. He has been hailed as “… a coroner of the theatre who slices open the human heart to reveal the fear, hatred and love that have eaten away at it” (The Globe and Mail). His plays include Almighty Voice and his Wife, Coyote City, The Witch of Niagara, and The Indian Medicine Shows. A two-time nominee for the Siminovitch Prize in Theatre, he received the Ontario Arts Council’s Aboriginal Arts Award in 2015. He divides his time between Toronto, where he writes, and Kingston, where he teaches in the Department of Drama at Queen’s University.

Director, playwright, dramaturg, actor and educator Yvette Nolan is a major force in the creation and performance of Aboriginal theatre in Canada. Born in Prince Albert, Saskatchewan, to an Algonquin mother and an Irish immigrant father, she has worked with theatre companies across the country, including Winnipeg’s Manitoba Theatre Centre; Nakai Theatre and Gwaandak Theatre in Whitehorse, Yukon; Eastern Front Theatre in Dartmouth, Nova Scotia; and Toronto’s Native Earth Performing Arts, where she served as managing artistic director from 2003 to 2010.  Her directing credits include the  Western Canada Theatre Company/National Arts Centre co-production of George Ryga’s The Ecstasy of Rita Joe; The Only Good Indian for Turtle Gals Performance Ensemble; and Death of Chief, A Very Polite Genocide and Tombs of the Vanishing Indian for Native Earth Performing Arts. She has been writer/playwright-in-residence at Brandon University, the NAC, Mount Royal College and the University of Regina. Her honours include the George Luscombe Award for mentorship in professional theatre, Bob Couchman Award for direction, Jessie Richardson Award for outstanding original script, and Mallory Gilbert Leadership Award. Later this season, Theatre @ York will present her adaptation of Aristophanes’ The Birds, recast as a tale of Indigenous and settler relationships on Turtle Island.

Brébeuf’s Ghost is presented under the auspices of Performing Indigeneity, the Department of Theatre’s thematic focus for 2015-16. In Theatre @ York productions, the Performance Studies (Canada) Speaker Series, curriculum and classroom dialogue, the department is exploring questions raised by Indigenous performance, including interculturalism, indigenous protocols, post-colonialism, and the staging of ethnicity. York’s theatre program joins the national conversation undertaken by the country’s most influential theatre organizations and leads the nation in addressing how postsecondary theatre training intersects with Canada’s Indigenous peoples and the diversity of their artistic practices.

Admission is $20 for the general public and $12 for students and seniors. Preview tickets are $7. There is a group rate of $10 (for groups of 10 or more; not available through online purchase — call the box office). For ticket information, contact the Box Office online or call 416-736-5888.