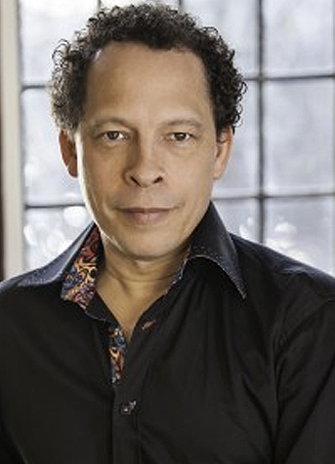 Celebrated author Lawrence Hill will present the annual Centre for Refugee Studies Lecture tonight from 6:30 to 10pm, in Room A100 in the Centre of Excellence on the Glendon campus. Hill will speak about his new novel The Illegal (2015).

Hill is an award-winning Canadian novelist, essayist and memoirist. He is the author of the international bestselling book, The Book of Negroes (2007), which was made into a television mini-series.

The Illegal tells the story of Keita Ali, a talented marathon runner growing on the island of Zantoroland and his escape into Freedom State following the failure of his running career. Freedom State is a wealthy island nation that has elected a government bent on deporting the refugees living within its borders in the community of AfricTown. Ali can stay safe only if he keeps moving.

The Illegal casts a satirical eye on people who have turned their backs on undocumented refugees struggling to survive in a nation that does not want them. Hill’s depiction of life on the borderlands of society urges us to consider the plight of the unseen and the forgotten among us.

Published in the fall of 2015,  The Illegal has received the following accolades:

The event is free, but organizers are requesting that those interested in attending RSVP by email to int@glendon.yorku.ca.

The Centre for Refugee Studies Lecture is co-sponsored by the Glendon School of Public and International Affairs, the Office of the Principal of Glendon College, and the Harriet Tubman Institute.

Lawrence Hill is the son of American immigrants — a black father and a white mother — who came to Canada the day after they married in 1953 in Washington, D.C.

Growing up in the predominantly white suburb of Don Mills, Ontario in the 60s, Hill was greatly influenced by his parents’ work in the human rights movement. Much of Hill’s writing touches on issues of identity and belonging.

Hill is the author of 10 books. His 2007 novel The Book of Negroes (also published as Someone Knows My Name and Aminata) won the Rogers Writers’ Trust Fiction Prize, the Commonwealth Writers’ Prize for Best Book and both CBC Radio’s Canada Reads and Radio-Canada’s Combat des livres. In 2013, Hill wrote the non-fiction books Blood: the Stuff of Life (which formed the basis of his 2013 Massey Lectures) and Dear Sir, I Intend to Burn Your Book: An Anatomy of a Book Burning. Along with director Clement Virgo, he co-wrote a six-part television miniseries based on The Book of Negroes, which appeared on CBC TV in Canada and on BET in the USA in early 2015. His fourth novel, The Illegal, was published by HarperCollins Canada in 2015 and will be released by WW Norton & Co. in the United States in January 2016.