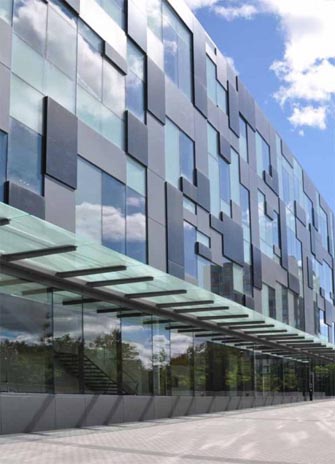 “I am delighted to welcome our newly appointed faculty colleagues,” says Faculty of Science Dean Ray Jayawardhana. “Their expertise and contributions will strengthen York Science further, positioning our Faculty as a recognized leader in breakthrough research, pedagogical innovation and broader engagement.”

Hélène Mialet joins the Department of Science and Technology of Studies as an assistant professor. She teaches and conducts research on scientific and technological practice; situated and distributed cognition; the role of the subject’s body in knowledge production; charisma and organizational management; institutional contexts of creativity and innovation; human-machine interaction; post-humanism; object-oriented philosophy; Disability Studies, and the anthropology of medicine. She has held postdoctoral fellowships at Oxford and Cambridge Universities and at the Max Planck Institute for the History of Science in Berlin, and positions at Cornell, Berkeley, Davis and Harvard universities. Mailet has published extensively on creativity, innovation, human machine interaction, and subjectivity most notably in her books L’Entreprise Créatrice (2008) and Hawking Incorporated (2012). She has also published in a wide array of academic journals and publications including Wired and Scientific American. Most recently, she has been a consultant and written the program for Berlioz’s Faust, which will be staged at the Paris Opera Bastille in December. Mialet’s current work is concerned with issues having to do with lay and expert knowledge in the management of chronic disease, the use of prosthetics, computer driven monitoring devices, algorithms and extended medical networks involving assemblages of caregivers, patients, machines, and animals, and on questions of management and control and their relationship to experience, sensation, big data and expertise.

Peter Backx will become a professor in the Department of Biology in January 2016. He received his BSc, MSc and DVM from the University of Guelph in biophysics, chemistry and veterinary medicine and completed his PhD from the University of Calgary and postdoctoral training at Johns Hopkins University. Backx joined the Department of Medicine at Johns Hopkins University as an assistant professor in 1991. In October 1993, Backx moved to the Department of Medicine at the University Health Network (Toronto General Hospital), University of Toronto as a staff scientist and assistant professor. He is currently a senior scientist at the University Health Network and was a career investigator with the Heart & Stroke Foundation of Ontario from 1999 to 2002. He is also a Fellow of the American Heart Association and Royal Society of Canada. His research focuses on the role of ion transport, ion channels and myocardial signalling in the initiation and progression of heart disease with a particular interest in cardiac arrhythmias such as atrial fibrillation. His work also extends into the use of human atrial cardiomyocytes derived from pluripotent stem cells for the study of the cellular, electrical and molecular mechanisms of atrial fibrillation and its treatment. He has published more than 190 scientific articles and many of his trainees have appointments at leading research institutions and university worldwide.

Yang Shen joins the Department of Mathematics and Statistics as an assistant professor. He received his BSc at the Insurance Science from East China Normal University in 2009, MSc in Applied Mathematics from Peking University in 2011, and PhD in Applied Finance and Actuarial Studies from Macquarie University in 2014. Before joining York University, he was a postdoctoral fellow at the University of New South Wales, Australia. His research areas are financial mathematics, actuarial science, stochastic control, and regime-switching models.

Jill Lazenby has been appointed assistant lecturer in the Department of Science and Technology Studies, Division of Natural Science. Lazenby had previously taught courses in both natural science and science and technology studies as a member of York’s contract faculty. Lazenby has a PhD in History and Philosophy of Science from the University of Toronto and MSc in Biological Sciences from Brock University. She is interested in how the human story of science – its history, and its connection to important social issues – can be used to foster a deeper understanding of what science tells us about nature.  She will continue to teach science for general education, with a focus on the biological sciences and to furthering her interests in interdisciplinarity, engaged learning and online education.

Matthew George has been appointed as associate lecturer in the Department of Physics and Astronomy. George has previously worked at York as a Postdoctoral researcher, lab technologist and course director. He brings a wealth of experience in the field of curriculum development for undergraduate physics courses and a knack for designing modern, relevant and fun experiments. As a researcher, George has spent much time at the famed CERN facility in Geneva chasing elusive anti-hydrogen atoms trying to unlock their secrets to test the symmetry of the antimatter and matter worlds. He continues his research on this front along with studying the more conventional helium atom to see if it can provide a platform to precisely evaluate physics theory.

Vera Pavri has been appointed as an assistant lecturer in the Department of Science and Technology Studies, Division of Natural Science. Pavri received her PhD in the History of Science and Technology at the University of Toronto. She currently teaches a variety of courses including Technology and Civilization, Computers, Information and Society and Understanding Cyberspace. Pavri’s research is in the field of communications networks, and her interests include examining the relationship between technology and rhetoric, as well as science and technology policy issues. Her articles have been published in journals such as Technology and Culture, Vaccine, Journal of Computer Mediated Communication and the Journal of the American Medical Association.