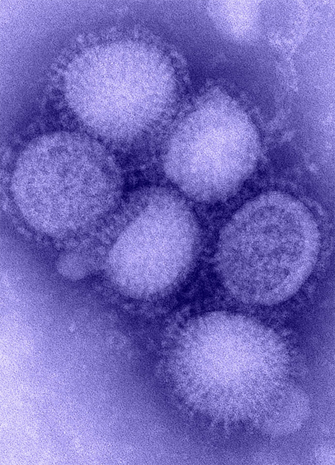 In the face of a flu epidemic, a one-size-fits-all vaccine strategy won’t be effective, a York University study has found.

Instead, strategies need to change significantly depending on the characteristics of each region in Canada, and how easily the particular flu strain spreads.

“The window of time around the onset of the epidemic is going to be vastly different between a remote population and an urban one,” says York U researcher and study lead Seyed Moghadas, “and this is something public health needs to pay attention to when developing vaccine strategies.

“Different populations require different vaccination policies to minimize the impact of the disease.”

The study, published Dec. 14 in the journal Scientific Reports by Nature, looked at which strategies produced the lowest number of infections and led to the least number of hospitalizations.

“Studies such as this, that combine big data and computer simulations, have the potential to inform evidence-based decision-making in public health,” said Marek Laskowski, a York U researcher involved in the study.

The research found different age demographics of remote and urban populations have a significant impact on the outcome of vaccinations. Many remote areas of the country have a higher percentage of children, who are key transmitters of the virus, compared with urban centres, which generally have fewer children, but more young and middle-aged adults.

The research looked at how the different areas responded when the flu vaccine was given in either a single dose or two doses before, during and after the start of the epidemic.

The study found that for most strategies, the attack rates of the virus in the urban population was lowest for children under five; but, in the remote population, adults older than 50 had the lowest attack rates. However, those attack rates varied depending on when and how the vaccinations were given.

There is a window of time before and after the onset of an epidemic when the choice of vaccination strategy could significantly affect the outcome, said Moghadas. Demographic variables could play an important role in determining which strategy to use.

“In all strategies for a highly transmissible virus, delivering the vaccine after the start of the epidemic had no or minimal effect,” he said. Even with the usual seasonal flu virus, if the vaccine was given after the virus has started to spread, it has little effect on how many people get sick.

Early vaccination leads to the best outcomes, from both a public health and a socioeconomic perspective, he said. It reduces the rates of infection, hospitalization and death, along with stress on the health-care system.

The research is significant, especially in light of new technologies that promise quicker production of flu vaccines, unlike the current egg-based technology which takes four to six months.

“In the case of epidemic emergencies, that’s actually a very long process” said Moghadas. “A timeline of six months for vaccine production means it is basically the end of the epidemic by the time we get the vaccine.”

As new technology allows for faster vaccines, strategies to distribute them quickly need to be in place and those strategies will depend on the make-up of each region.