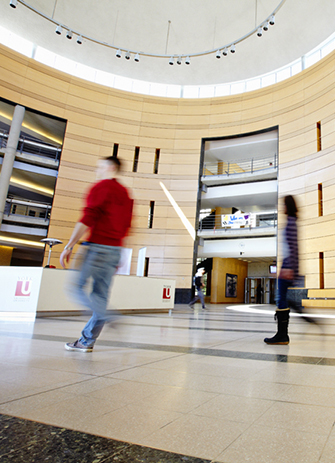 The process to select a new president for York University is underway and members of the search committee have now been confirmed.

Mamdouh Shoukri, who has served as president and vice-chancellor of York University since 2007, will complete his term on June 30, 2017.

The search for a president at York is the responsibility of the Board of Governors, in consultation with the University Senate. In accordance with established guidelines, the Presidential Search Committee is made up of 14 full voting members, drawn from York’s community of students, faculty, staff, governors and alumni. Seven committee members are selected by the Board of Governors and seven by the University Senate. Members of the Presidential Search Committee will seek a president whose leadership skills, interests and background meet the needs of York and serve the University well into the future.

The members of the Presidential Search Committee, confirmed Tuesday by the Board of Governors, are as follows:

Rick Waugh (governor and alumnus), chair of the Search Committee, was appointed to the Board of Governors in 2014 and became chair in 2015. He holds a bachelor of commerce (Honours) degree from the University of Manitoba, an MBA from York and honorary doctor of laws degrees from several universities. Waugh was appointed an officer of the Order of Canada for his contributions to strengthening the financial services industry in Canada and abroad.

Susan Black (governor and alumna) was appointed to the board in 2009. She serves as a vice-chair of the board, chair of the Governance & Human Resources Committee and member of the Executive Committee. A graduate of Yale University (BA) and the Harvard Business School (MBA), Black also holds a PhD in organizational studies from the Schulich School of Business at York University.

Ozench Ibrahim (governor) was appointed to the board on July 1, 2009, and serves as chair of the Finance & Audit Committee and as a member of the Executive Committee. Ibrahim is a partner in KPMG’s Banking, Financial Institutions Practice. She has extensive experience in the financial institutions industry, auditing and advising Canadian banks.

Ray Jayawardhana is the Dean of the Faculty of Science, a position he has held since 2014. He is a professor of physics and astronomy, and also a popular science writer. He came to York from the University of Toronto, where he held the Canada Research Chair in Observational Astrophysics.

Michael Kenny is a second-year PhD student in the Faculty of Education. He was a member of the last decanal search committee in the Faculty of Environmental Studies and has served on several boards of agencies ,including the Escarpment Biosphere Conservancy and Regenesis at York University.

David Leyton-Brown (Faculty of Liberal Arts & Professional Studies) is the Master of McLaughlin College, a professor of political science and the former dean of the Faculty of Graduate Studies. He is also currently serving as a faculty member representative on the Board of Governors and he participates on the Academic Resources Committee.

David McFadden (governor and alumnus) was appointed to the Board of Governors in 2013 and serves as chair of the Marketing, Communications & Community Affairs Committee, and as a member of the Executive Committee. He is counsel at Gowling Lafleur Henderson LLP and is the chair of the Board of Directors of 407 International Inc.

Kim Michasiw is an associate professor of English and writing, and is just completing a lengthy term as associate dean in the Faculty of Liberal Arts & Professional Studies. He is also a former chair of the Department of English. Michasiw served on the last Presidential Search Committee.

Roxanne Mykitiuk (Osgoode Hall Law School) is an associate professor of law. She is the former chair of the Senate and has served on numerous Senate and Faculty Committees, as well as on the Chancellor Search Committee and many pan-University groups.

Dalubuhle Ndlovu is a third-year student in the undergraduate Human Rights & Equity Studies program. He is a senator, the executive treasurer of the Student Council of the Faculty of Liberal Arts & Professional Studies, and a member of the LA&PS Faculty Council and its Executive Committee.

Paul Tsaparis (governor and alumnus) was appointed to the Board of Governors in October 2010. He serves as chair of the Land & Property Committee and as a member of the Executive Committee, the Governance & Human Resources Committee and the York University Development Corporation Board of Directors. Tsaparis holds an MBA from York and an undergraduate degree in science and economics from the University of Toronto.

Henry Wu (governor) was appointed to the Board of Governors in December 2010. He serves as chair of the Academic Resources Committee and is a member of the Executive and Finance and Audit Committees, as well as a board member of Senate. Wu is the president of Metropolitan Hotels. He holds both MSc and BSc degrees in electrical engineering and computer science from MIT.