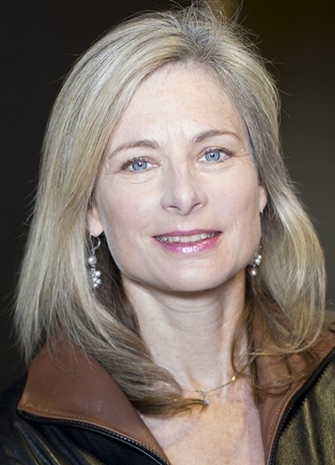 On Dec. 10 at 3pm, Randall will give the inaugural Fields-York Lecture on the Physics and Mathematics of the Universe. The lecture will take place in 106 Life Sciences Building on the Keele campus. The event is free and open to the University community.

In this presentation, Randall will explore a new idea emerging in the quest to understand dark matter – the missing matter that holds galaxies together. The idea postulates the existence of a “dark disc” formed by dark matter in a galaxy. This disk is thought to shadow the disk of the Milky Way galaxy that contains the solar system, which is home to Earth. The gravitational effect of this dark disk may play a role in explaining the observed regularity of extinction events on Earth.

Randall will participate in the York Science Forum on Dec. 11 at 7pm (doors open at 6:30pm) at The Bram & Bluma Appel Salon at the Toronto Reference Library. Randall will explore the astounding interconnectedness of our universe by examining the intriguing possibility that a comet, knocked out of its orbit by a disc of dark matter, could have caused the extinction of the dinosaurs.

Following her presentation, there will be a panel discussion featuring York physics Professors Sean Tulin and Wendy Taylor, moderated by Professor Ray Jayawardhana, dean of the Faculty of Science at York University. Tickets are free, but registration is required. Click here to register.

Randall studies theoretical particle physics and cosmology at Harvard University, where she is Frank B. Baird, Jr., Professor of Science. A member of the National Academy of Sciences, the American Philosophical Society, and the American Academy of Arts and Sciences, she is the recipient of numerous awards and honorary degrees. She was included in Time magazine’s “100 Most Influential People” of 2007 and was among Esquire magazine’s “75 Most Influential People of the 21st Century.” Randall’s two books, Warped Passages (2005) and Knocking on Heaven’s Door (2011) were New York Times bestsellers and 100 Notable Books. Her stand-alone e-book, Higgs Discovery: The Power of Empty Space was published in 2012. Her new book is Dark Matter and the Dinosaurs (2015).