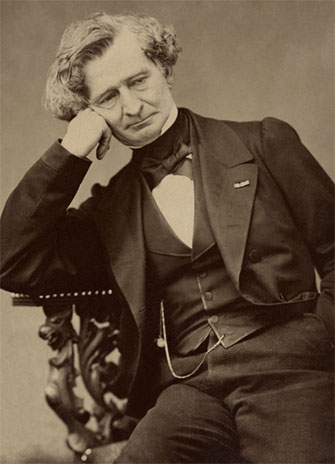 Dancers often perform on stage to live music provided by musicians hidden in an orchestra pit. York University music Professor Stephanie Martin had a different idea in mind when she invited the Department of Dance to collaborate with the Pax Christi Chorale in a seasonal concert.

Martin is the artistic director of Pax Christi and under her baton, the 100 -voice choir will perform the rarely heard, hauntingly beautiful oratorio L’Enfance du Christ by 19th-century French composer Hector Berlioz at Grace Church on-the-Hill in Toronto Dec. 5 and 6.

Joining the chorale will be some of Canada’s finest soloists: Nathalie Paulin, Olivier Laquerre, Alain Coulombe, Sean Clark and Matthew Zadow, as well as the Pax Christi Orchestra, the Havergal College Choir and the York Dance Ensemble.

Now in its 28th season, the York Dance Ensemble (YDE) is the lively repertory company of York University’s dance department, featuring rising young artists on the brink of their professional careers.

“When Stephanie [Martin] approached us with the idea of including dancers in L’Enfance du Christ, I was immediately intrigued,” said Professor Carol Anderson, a well-known choreographer who has set numerous works with the YDE.

Anderson and Martin worked together to integrate the ensemble into the concert. The dancers appear in the instrumental sections of the work, enriching the musical performance by animating the characterizations Berlioz specifies in the score, through original choreography created by Anderson.

“They variously interpret a soldiers’ nocturnal march, a wild dance for soothsayers, an overture for shepherds, a passage for busily domestic Ishmaelites and a celebratory, graceful welcoming dance,” said Anderson.

The YDE’s 14 members move throughout the space, performing in the aisles and at the back of the church as well as at the front with the singers and orchestra.

“The energy and grace of these young dancers give us a fresh approach to this 19-century masterpiece. They bring the story to life – the story of a refugee family fleeing violence – which is strikingly current and poignantly in our minds this year,” said Martin.

L’Enfance du Christ is not Martin’s only seasonal offering. The following weekend, she will direct the Pax Christi Chorale in an adaptation of Handel’s Messiah created especially for children. The hour-long performance features the most popular choruses and arias from the oratorio, in addition to short, child-friendly narration and sing-along carols. Children’s Messiah takes place Saturday, Dec. 12 at 4pm at the Church of Saint Mary Magdalene, 477 Manning Avenue in Toronto. Admission is free for children and pay-what-you-can for adults, with proceeds going to the UN Refugee Agency (UNHCR). York music Professor Catherine Robbin will make a guest solo appearance at the concert.

Martin is an eminent composer as well as conductor, and the Pax Christi Chorale has just released a recording of her works. Titled Winter Nights, it celebrates Martin’s almost 20-year legacy as the chorale’s artistic director. The CD features many commissioned works and showcases Martin’s diverse compositional range, from pieces for full choir and orchestra to intimate chamber works.

Martin set her music to texts ranging from ancient to modern, including Biblical verses such as the Song of Solomon and passages from the Book of John, poems by classical masters Tennyson and Yeats, and contemporary poetry by Cori Martin as well as some of her own writings.

“This is a particularly wonderful time of year for choral music.  Berlioz’s subject, a family in need looking for shelter and food, inspires us all to be generous and thoughtful this season,” she said.