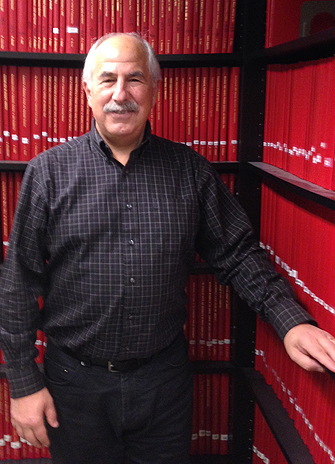 I am pleased to announce the appointment of Professor Angelo Belcastro of the School of Kinesiology & Health Science in the Faculty of Health to the new position of advisor and executive director, Markham Centre campus, in the Office of the Vice-President Academic and Provost. Professor Belcastro’s appointment is for ten months, effective immediately.

The Ontario government has committed to supporting the creation of a York University campus in Markham as part of its economic plan for the province. This will be the first university campus in York Region, an area that is experiencing strong population growth. The new campus is expected to serve about 4,500 students in its initial phase of development, with the potential to increase that number over time. A wide range of degree programs, including some programs being developed collaboratively with Seneca, will be offered at the new campus, advancing our priorities of quality in teaching and learning, interdisciplinarity, comprehensiveness, student success and mobility, and research intensification.

In this new role, Professor Belcastro will provide academic support in relation to all aspects of the development of the new campus in Markham and will be responsible for community engagement initiatives in relation to planning for the campus. He will work collaboratively with relevant AVPs, Faculty deans and programs/units to facilitate and support academic planning, as well as the development of an engaged learning environment and effective student services that reflect the needs, experiences and interests of students at the new campus.

Professor Belcastro joined York University in 2010 and has served as chair of the School of Kinesiology & Health Science in the Faculty of Health since that time. He will continue to hold this position during his appointment as executive director. He has also served as Senate representative to the Board of Governors and as a member of the Senate Executive Committee. Prior to his appointment at York, he had served as vice-president academic and provost at both the University of New Brunswick (Fredericton) and Royal Roads University in British Columbia.

His research is in the area of children’s physical activity and how to promote health and fitness in children through community programs. He has been working in the Jane-Finch community in relation to this research to support and measure children’s fitness.

I very much appreciate Professor Belcastro’s willingness to undertake this important responsibility and I look forward to working with him in the planning of this exciting new venture in Markham.