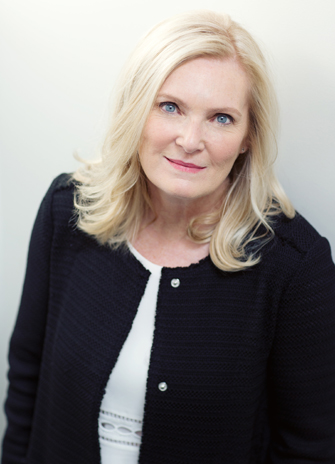 York University’s Rhonda Lenton, vice-president academic and provost, has been named one of this year’s top 100 most powerful women in Canada by the Women’s Executive Network (WXN).

Launched in 2003, the Top 100 Awards celebrate the incredible accomplishments of Canada’s top female executive talent as well as their organizations and networks.

“We are delighted at this recognition of Rhonda’s outstanding contributions to higher education in Canada,” said Mamdouh Shoukri, president and vice-chancellor of York University, “and grateful for the impact her leadership has had here at York. Her trademark collegiality and persuasiveness, combined with a depth of knowledge, capacity for hard work and facility in managing a multitude of complex issues at once, make her not only a pleasure to work with, but a tremendous asset to the University and to the broader sector.”

Lenton first joined York in 2002 as the dean of the Atkinson Faculty of Liberal Arts & Professional Studies. She then served as vice-provost academic (VPA) for three years before becoming the provost and VPA in 2012. In close collaboration with other members of the community, she has led several significant initiatives at York University, including the drafting of the Strategic Mandate Agreement and an Institutional Integrated Resource Plan.

She has played a major role in expanding experiential education and promoting the diversification of programs at York. She was instrumental in the creation of the York University-TD Community Engagement Centre and in fostering collaborations with other postsecondary institutions. She also serves the broader interests of higher education in Ontario as a board member of both ONCAT and E-Campus Ontario. As a sociologist, she conducts research in the areas of gender and family violence.

“I am honoured to join this group of highly accomplished women who have been recognized for the contributions they have made in their respective fields,” said Lenton. “But it is particularly meaningful for me that it should happen as the provost and VPA of York. The University continues to make huge strides towards the vision set out in the White Paper as a progressive and comprehensive, research-intensive institution committed to student success and recognized internationally for excellence. I am grateful to be part of it.”

Lenton, who will receive the award in the PwC Public Sector Leaders category, will be honoured during a gala celebration at the Metro Toronto Convention Centre on Nov. 26.

As a proud supporter of women in leadership, York University works to create the necessary conditions and opportunities for women like Lenton to help them thrive and succeed within the postsecondary education sector.

The Top 100 Awards serve to recognize talented leaders in the private, public and not-for-profit sectors, and to inspire the current and next generation to push the boundaries of what’s possible.

“For these highly accomplished women, receiving a Top 100 Award means much more than recognition or a chance to share the spotlight with other remarkable winners,” said WXN founder Pamela Jeffery. “It’s an opportunity to pay it forward. WXN Top 100 Award winners are powerful women, both in their careers and their potential to transcend boundaries to have a greater impact on the communities around them.”

About the Women’s Executive Network (WXN)

WXN inspires smart women to lead. WXN creates and delivers innovative networking, mentoring, professional and personal development to inform, inspire, connect and recognize its community of more than 19,500 smart women and their organizations in the pursuit of excellence. WXN enables its partners and corporate members to become and to be recognized as employers of choice and leaders in the advancement of women.

Founded in 1997, WXN is Canada’s leading organization dedicated to the advancement and recognition of women in management, executive, professional and board roles. WXN is a founding member of the Canadian Board Diversity Council, dedicated to increasing the diversity of Canada’s corporate boards. In 2008, WXN launched in Ireland, followed by London, U.K., in 2015, creating an international community of female leaders.