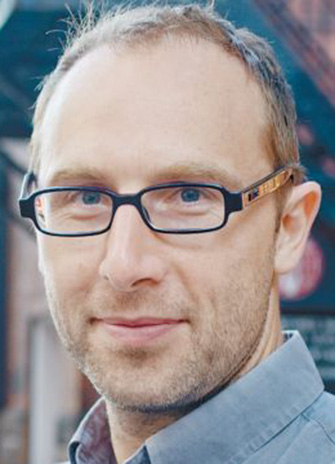 The series is sponsored by Ondaatje, who taught English literature for a number of years at Glendon, and by Glendon’s Department of English. It brings contemporary Canadian writers and poets to Glendon to read from their recent work and discuss the writing process. The lectures are free and open to the public.

Bezmozgis gained recognition on the CanLit scene in 2004 with his collection Natasha and Other Stories. The book of seven stories won the Commonwealth Writer’s Prize for First Book as well as the Toronto Book Award. It also ranked in the top 10 of Amazon.com’s best books of 2004 and was nominated for the Guardian First Book Award, the LA Times First Book Award and the Canadian Governor General’s award for fiction

Stories from Natasha and Other Stories were anthologized in the The Best American Short Stories 2005 & 2006, and in 2010 Bezmozgis was included in the The New Yorker’s “20 under 40” issue.

In 2011, he published his first novel, The Free World, which was also met with unanimous critical acclaim and was shortlisted for the prestigious Scotiabank/Giller Prize, the Governor General’s Award and the Trillium Prize. His second novel, The Betrayers, was published in 2014 and won the National Jewish Book Award for Fiction and was shortlisted for the Scotiabank/Giller Prize.

As accomplished as he is in literature, Bezmozgis has recently turned his sights on film. After graduating from the University of Southern California’s School of Cinematic Arts, he wrote and directed his first feature, entitled Victoria Day. It premiered at the Sundance Film Festival in 2009, and in Canada the film received a Genie Award for Best Original Screenplay. His second feature film, an adaptation of his story Natasha, will be released in 2016.

Bezmozgis is a MacDowell Fellow, a Guggenheim Fellow, a Dorothy & Lewis B. Cullman Fellow and a Radcliffe Fellow. Born in Riga, Latvia, he now resides in Toronto.

For more details on the event, contact Patricia Munoz at ext. 88175.