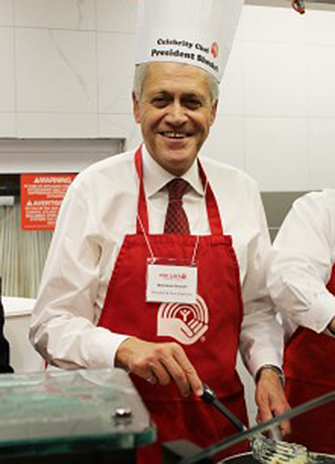 One of the York mascots dropped by and the group was supported by an intrepid corps of volunteers from the Division of Advancement who were led by Mandi Hickman, manager of community relations.

Over 155 people turned out, each offering a toonie or two for the pancake breakfast, and in total $400 was raised for the charity. The event, says Hickman, is vital to the campaign because it raises awareness about the importance of the United Way in addition to being a fun way to kick off the University’s annual campaign in support of the charity. 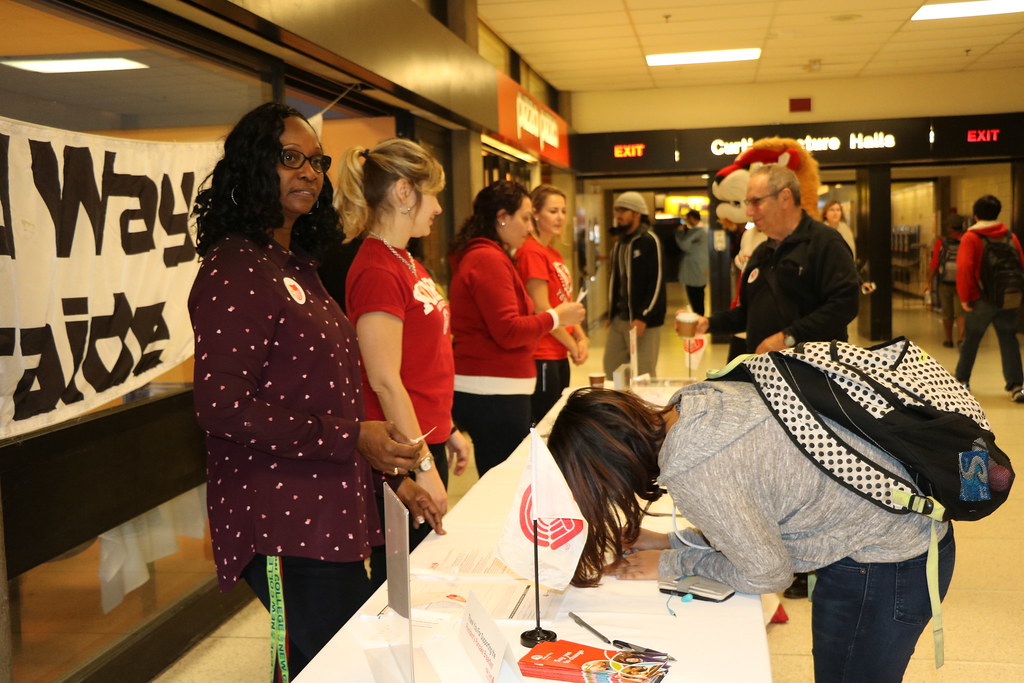 In addition to delicious pancakes, the breakfast featured a prize draw for lunch for four at the Orange Snail Restaurant on the Keele campus. The winner of the draw is Faculty of Health student Gursimran Grewal.

This year’s goal is to raise $220,000 in aid of the important community services provided by the United Way. Each year, York University faculty, staff and students come together in support of the United Way. Last year’s York Cares United Way Campaign raised $218,900 to support social services across the city. Funds raised through the campaign benefit important local agencies and programs – some of which impact York U’s programs and students directly.

In addition to the Campaign Kick-off President’s Pancake Breakfast, there are many other special events to support the campaign that will take place across campus through the month of November. Key among these events is the Pledge Drive, which runs until Nov. 25. This is the most important element of the campaign, with 95 per cent of donations come from the Pledge Drive. This year, organizers are aiming for a 10 per cent participation rate overall and each department/unit will be competing for the coveted “York Cares Participation Challenge” trophy.

The campaign goal of increased participation – which translates directly to an increase in dollars raised – looks to members of the community to make a pledge online (or with a paper pledge form if preferred). Check your inbox for the email from United Way encouraging your pledge for this year’s campaign. Pledges can be paid all at once or throughout the year using the payroll deduction feature. A gift using payroll deduction is additionally efficient with the charitable receipt being included on the donor’s T4 slip.

The campaign wrap event is Schulich Palooza, which will take place Nov. 25, from 11:30am to 2pm in the Robert McEwen Auditorium, Seymour Schulich Building, Keele campus. Schulich Palooza features a pizza luncheon and will feature diverse talent from the Schulich School of Business including students, faculty and staff. Rock bands, vocalists, dancers, comedy performances and much more will be showcased.