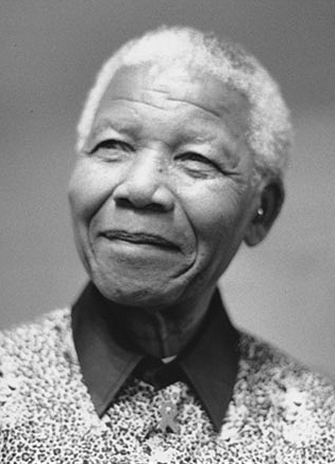 Canadian Institutes of Health Research (CIHR) and the Social Sciences & Humanities Research Council (SSHRC) select up to 10 doctoral CGS recipients whose work is aligned with one or more of the five areas championed by Mandela – national unity; democracy, freedom and human rights; leadership; children’s participation in society; and children’s health – to receive this distinction.

Candidates selected are among the highest-ranked CGS award winners.

Sabrina Paillé’s research project investigates the mobilization of the language of gender equality and sexual freedoms in the rejection of multiculturalism and anti-immigration discourses in Western Europe.

She will address the meaning of the mobilization of gender equality and sexual minority rights, depicted as uniquely national values, with respect to the construction of the symbolic boundaries of the ‘nation’.

Her interest in these issues was triggered by the debate on the proposed Charter of Quebec values in the fall of 2013. It relates to her broader concerns regarding processes of ‘othering’, the contemporary transformations of racism and the multiculturalism backlash.

The main themes investigated in Vanessa Tomasino Rodriguez’s work include changing governmental practices and the participation of children and youth in society.

Focusing on the transnational youth street gang Mara Salvatrucha (MS-13) in San Salvador and Toronto as domains of governance, her current project entitled “Youth Street Gangs and Governance: Transnational Circuits of Power from San Salvador to Toronto” draws upon insights from neo-Foucaultian analytics to extend understanding of power and spatial politics across national divides.

The project’s aim is to make relationships of power visible. The research looks at the emergence of youth street gang discourse and its problematization, the various forms gang enacted governance intersects with mainstream political institutions, and implicit and explicit ways that youth street gangs bring forms of ideal citizenship into view.

“I feel honored and humbled by this award,” says Tomasino Rodriguez. “For theory building and for informed public policy development, we need to know more about how children and youth enter governance spheres and how official institutions of authority shape and influence these domains. At a time when children and youth often turn to street gangs as havens of support in the context of economic insecurity and marginalization, my research speaks to crucial issues, of politics, power, and humanity itself and I am thankful SSHRC also recognizes the urgent need to investigate these relationships.”

Yolanda Weima’s research focuses on former and current Burundian refugees. Burundi is a small country in Africa, where she worked for a non-governmental organization for four years before beginning graduate studies.

Her PhD research will look at cross-border ties, particularly because in 2014, the Tanzanian government made the unprecedented move of granting citizenship to nearly 200,000 Burundian refugees who still remained in Tanzania. As this was the first major naturalization of refugees within a host country in Africa, there is an opportunity to advance knowledge and debates in a region in which citizenship has most often been tied to blood-based notions of belonging.

There is very little known about the ways that different pathways to citizenship affect peacebuilding processes, particularly in places marked by long periods of conflict and displacement. It is for this reason that Weima will explore the role of citizenship in modern peace and reconstruction processes.

“I am very grateful to have received a SSHRC to honour Nelson Mandela,” she says. “Nelson Mandela also worked very hard as a mediator in the 1990s during Burundi’s civil war, and had a strong desire to see peace that is respected by many Burundians.”

Weima is also a co-chair of the Centre for Refugee Studies Student Caucus at York U.

Kayla Hamel is a member of Yvonne Bohr’s Infant and Child Mental Health lab, the home of the York Parenting Project, which is a research project addressing the diversity of parenting across different cultural groups around Toronto and the GTA. The lab has been focusing on the role of culture in contributing to parenting behaviors, and how these behaviors impact child development.

Hamel’s project, “Resilience in the Latin American Immigrant Families in Toronto: Defining the Roles of Parenting and Culture in Promoting Healthy Child Development”, has expanded the lab’s database to include an additional cultural group that has been sorely understudied in Canadian parenting research.  Hamel is collecting data to address the questions: What does ideal parenting look like in the Latin American population in Toronto? How does this differ from other cultural groups in Toronto?

With this project she aims to determine the roles that a major risk factor, trauma exposure, and potential protective factor, adherence to traditional cultural values, play in determining parenting practices.

“Being a recipient of the Nelson Mandela distinction is an honour,” she says. “I am so pleased to have received this recognition so early in my academic career, and it is certainly inspiring me to pursue research with a real-world application to improve quality of life of children and youth worldwide.”

Nadine Martin’s research will consider changing racial identities in South Africa, focusing on the stories and experiences of post-Apartheid youth and their parents. She is particularly interested in exploring the significance of race in identity-construction, and examining generational differences.

By contextualizing contemporary communities against a backdrop of social change and transformation, she would like to consider the ways in which individuals imagine themselves and continue to negotiate their identities in post-Apartheid South Africa.

Apartheid was the period of government-sanctioned racial segregation from 1948 to 1994 that prescribed identities based on racial classification, and structured social relationships by hierarchically positioning groups based on categories established by the state. Through embargoes imposed on the country’s participation in international affairs as well as social action initiated by civilians, the period between 1990 and 1994 marked a significant turning point in the legal and political spheres of South African society, with the election of Nelson Mandela, the country’s first black president, and the end of racial segregation.

“I am immensely honoured to have received the Joseph-Armand Bombardier CGS Scholarship with a Nelson Mandela distinction, for allowing my research to pay tribute to a man deeply respected for his dedication to social change and his unwavering compassion for all,” says Martin.  “As a South African, my own identity has been undeniably impacted by his quest for social justice, his fierce generosity, and his intense commitment to the welfare of humankind.”