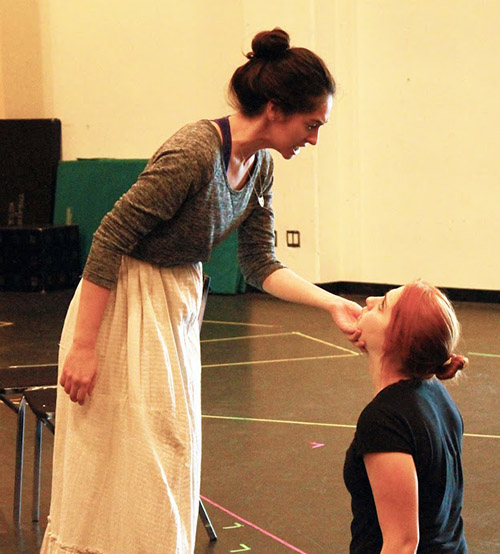 Cloud 9 is a farcical examination of British colonial oppression and its impacts upon racism, sexism and gender identity. Considered shocking and subversive at the time of its premiere in 1979, the play remains controversial by today’s standards.

Set in Africa during the Victorian era and London a century later, Cloud 9 deliberately casts outside of gender, race and age, and wreaks havoc with natural timelines. The first act parodies Victorian society to highlight the sexual and racial repression brought about by colonialism. The second act shows a society struggling in the wake of domination by a heteronormative patriarchy. Feminism finds its voice, and conventional relationships are tested.

“Churchill is a master of feminist theatre,” said Williams. “Her writing has such depth that sears with an intelligent wit. The themes of the play are issues that today’s students, and all young people, are dealing with every day. We learn so much about ourselves and the world we live in through this play. Cloud 9 will have you re-thinking your liberal beliefs and global views.”

The associate artistic director of Toronto’s Factory Theatre, Williams is a four-time Dora Mavor Moore Award winner as actor and director. His performance credits include four seasons each at the Stratford and Shaw Festivals, as well as roles on the stages of most major Canadian cities. A dedicated mentor and educator, he has taught at York University and the University of Windsor.

Cloud 9’s colonial themes bring it under the umbrella of Performing Indigeneity, the Department of Theatre’s thematic focus for 2015-16. In Theatre @ York shows, the Performance Studies (Canada) Speaker Series, curriculum and classroom dialogue, the department is exploring questions raised by indigenous performance, including interculturalism, indigenous protocols, post-colonialism, and the staging of ethnicity. York’s theatre program joins the national conversation undertaken by the country’s most influential theatre organizations and leads the nation in addressing how post-secondary theatre training intersects with Canada’s indigenous peoples and the diversity of their artistic practices.

Admission is $20 for the general public and $12 for students and seniors. Preview tickets are $7. There is a group rate of $10 (for groups of 10 or more; not available through online purchase — call the box office). For ticket information, contact the Box Office online or call 416-736-5888.