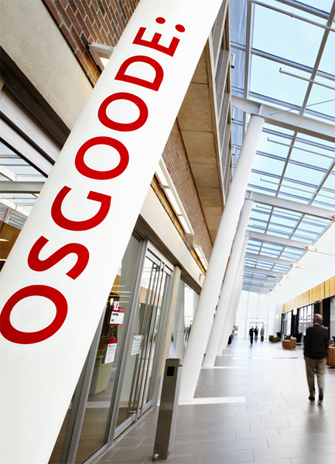 “The hiring of these outstanding new faculty will strengthen Osgoode for the future by ensuring visionary scholarship, research and teaching in priority areas,” says Dean Lorne Sossin. “We are delighted to welcome Deborah, Lisa and Margaret to the Osgoode community.”

Margaret Boittin – Professor Margaret Boittin joins Osgoode Hall Law School with teaching interest in the areas of property law, Chinese law and research methods. Her research lies at the intersection of criminal law, local government law, international and comparative law and Chinese law, with a focus on the regulation of prostitution, human trafficking, law enforcement and civil servants. Using empirical research methods, Boittin examines how marginalized individuals perceive their relationships to the laws and institutions that govern their behaviour.

Boittin is currently working on a book manuscript entitled The Whore, the Hostess and the Honey: Policing, Health, Business and the Regulation of Prostitution in China, based on two years of field research in China. She also conducts research on human trafficking vulnerability and public opinion around human trafficking policies in Nepal and China, which is being funded with grants of $1.5 million from the U.S. Department of Labor, USAID, Humanity United, Terre des Hommes, Stanford University and Vanderbilt University.

She is an investigator with the Governance Project led by Francis Fukuyama at Stanford University’s Center on Democracy, Development, & the Rule of Law, doing research on the Chinese bureaucracy and civil servants. Professor Boittin has been working and conducting research in China since 2001.

Her work has been published in Law & Society Review.

Lisa Dufraimont – Professor Lisa Dufraimont joined Osgoode Hall Law School in July 2015, and teaches and conducts research in the areas of criminal law and procedure and evidence. She brings with her several years of teaching experience, having held a faculty position at Queen’s University in the Faculty of Law from 2006. She also served as acting associate dean (academic) at Queen’s for the first half of 2015. She earned her JD from the University of Toronto, and also holds an LLM and JSD from Yale University.

Dufraimont has published extensively on subjects related to criminal law and evidence, with a particular focus on the jury system and the psychological aspect of procedural and evidentiary rules. Her work has appeared in edited collections and in leading law journals, and she was co-investigator on a SSHRC-funded psycho-legal research project investigating the effects of Canadian jury pattern jury instructions on the criminal standard of proof beyond a reasonable doubt.

She is also associate editor of the Criminal Reports and a regular contributor to the National Judicial Institute’s Criminal Essentials Eletter, which is distributed monthly to about 1,000 Canadian judges.

Her work has been published in an array of national and international journals, and she has delivered numerous public and academic presentations relating to traditional knowledge and governance. She co-edited Indigenous Peoples and Autonomy: Insights for a Global Age (2010) with Mario Blaser, Ravi De Costa and William Coleman (2010).

Prior to joining York University, McGregor was an associate professor in the Department of Geography at the University of Toronto, where she also served as director of the Centre for Aboriginal Initiatives and the Aboriginal Studies program. She recently completed a SSHRC-funded research project (“Traditional Knowledge, Water and First Nations in Ontario”) and is currently undertaking three more. She earned her PhD from the University of Toronto.