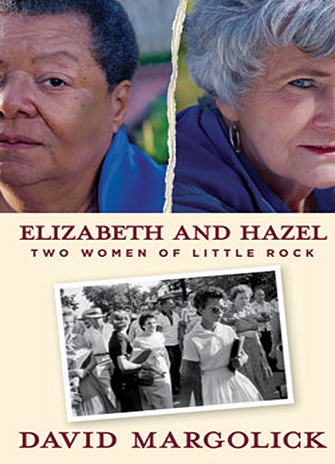 The 2015 Kitty Lundy Memorial Lecture, titled “Elizabeth & Hazel, Lee & Grace: An Author’s Journey Beyond an Iconic Photograph,” features author and journalist David Margolick, who will reflect on his exploration of four lives that collided on a fateful day in September 1957 in Little Rock, Ark.

The lecture will take place Nov. 5 at 2pm in the Schulich Private Dining Room.

The photo was taken in September 1957, when Little Rock Central High School was set to be desegregated following the U.S. Supreme Court decision banning racially segregated schools. In defiance of the local school board’s agreement to integrate classes, and intent on preventing black students from entering the building on the first day of school, the governor of Arkansas posted the National Guard at the front door of the school. Fifteen-year-old Eckford was the first of a hand-selected group, later dubbed the “Little Rock Nine,” to arrive. She was met by an angry mob of white segregationists, including Bryan.

The widely published and shocking photo immortalized the two girls it depicted, becoming one of the most enduring images of the civil rights era. The photo was at once a powerful indictment of white bigotry as an institutionalized force, as well as revealing the seething personal rage underlying it.  And in the context of a photographic record, the instant – both historical and actual – made it impossible for the American public to turn a blind eye.

Margolick’s lecture will explore his efforts to uncover and record the complicated personal friendships that emerged following these pivotal events.

Margolick will be joined by local spoken word poets who were commissioned to write and perform poetry inspired by his book and the battle around desegregation in the United States. Kareem Bennett, Destiny Henry, Abdulkadir “Moose” Nur, Suviana and DeShawn “DC” Williams will perform work that explores the legacy of systemic racism and the relevance of the history of the Little Rock Nine to today.  The artists have performed as part of many local festivals and events including: Poetry Saved My Life (Toronto Public Library), 4th Annual Celebrating Women’s Voices (Ryerson Student’s Union) and the Toronto Poetry Slam (The Drake Hotel).

Linking this year’s speaker, the theme of Margolick’s book and the performance artists is the legacy of the late York University mathematics Professor Lee Lorch and his wife Grace. The Lorches were key figures in the struggle for desegregation, both in Little Rock and elsewhere in the U.S. Grace Lorch shared headlines with Eckford and Bryan when, in an exemplary moment in the Lorches’ ongoing support for desegregation in Little Rock, she publicly comforted Eckford moments after the iconic photograph was snapped.

In addition to their involvement with the Little Rock incident, the Lorches led the campaign to desegregate Stuyvesant Town, a Manhattan housing development, and helped make housing discrimination illegal across the U.S. These interconnected lives invite reflection on the misunderstandings and rifts that continue to characterize race relations and racial inequality in America.

As Margolick described in his obituary of Lee Lorch in The New York Times in 2014, the Lorches’ activism saw the couple persecuted and then effectively blacklisted from most U.S. universities. They moved to Canada in 1959, where Lee Lorch took a position at the University of Alberta and subsequently, in 1968, in the mathematics department at York U. It was a position he held until his 1985 retirement.

Lorch’s legacy of social justice activism will be honoured in the context of the 2015 Kitty Lundy Memorial Lecture.

The annual Kitty Lundy Memorial Lecture was created to honour the memory of Kitty Lundy, an admired educator of sociology associated with York’s former Atkinson Faculty of Liberal & Professional Studies from 1986 to 1989.

The annual lecture addresses the principles to which Lundy was committed: engaged learning, equity and social justice, interdisciplinary exchange, and the dissemination and exchange of ideas and knowledge with communities residing within and outside of York University.

The lecture is open to all. It will be followed by a reception and book signing.

For more information and to register, visit www.yorku.ca/laps/lundy.