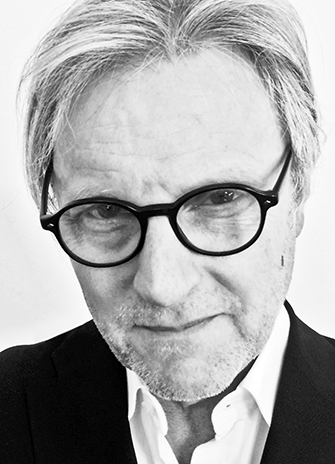 York University design Professor Paul Sych was named one of the ‘Ten Masters of Typography’ in the world by Graphis, a premiere international design journal, in its hardcover issue Graphic Typography 3, 2015.

Sych shares the Top 10 honour with such innovators in typography as Fred Woodward, who created the visual signature of iconic magazines like Rolling Stone and GQ and whose art direction helped inspire Sych to pursue publishing and typography in his own career.

“I was incredibly humbled by this honour,” said Sych. “This is a group of true typography luminaries, and to be listed just pages away from many of my design heroes is very flattering.”

Like Woodward, Sych’s original typography is a signature element of his art direction, which has been garnering international accolades. His typography was recently featured in Asian Pacific Design, a magazine based in Guangzhou, China and Los Logos 7, based in Berlin, Germany. He was interviewed by renowned graphic design authors Steven Heller and Gail Anderson for their upcoming publication, The Typography Idea Book: Inspiration from 50 Masters, to be released by Laurence King Publishing next summer.

Sych’s latest project, Fshnunlimited, is a dramatic collision of art, fashion and design in a large format glossy magazine. The first issue launched during Sych’s 2013 sabbatical. Two more issues have dropped since and a fourth will be available in November at Chapters/Indigo and all independent magazine retailers. To date, every issue of Fshnunlimited has sold out across the country – a rarity in Canadian publishing. The magazine is also distributed to luxury hotels and at various fashion events locally and internationally, as a signature showcase for the rich talent in contemporary Canadian fashion and art.

Fshnunlimited’s first issue received the coveted 2014 Canadian National Magazine Award for best art direction for an entire issue. It’s an accolade second only to magazine of the year in terms of prestige, and a remarkable honour for an independent project up against every major publisher nationally. Fshnunlimited also won a Platinum Award for design and art direction from Graphis in New York. Internationally the magazine has been featured in the UK’s Creative Review and Monocle Magazine‘s The Stack radio show.

He was also invited to design this year’s edition of the Advertising & Design Club of Canada (ADCC) Awards Annual, which in previous years has been commissioned from such notable ad agencies as Leo Burnett Canada and Taxi. The assignment included designing the title, theme and concept for the awards gala (which takes place Nov. 19), the book of winners, a poster and all collateral promotional materials. Sych’s choice of

the title and theme, “The Good, the Bad & the Ugly”, was met with high enthusiasm.

Sych himself has multiple nominations in the 2015 ADCC competition, with seven nods in four categories including editorial typography and design of an entire magazine. In 2014 he received a gold and two awards of merit at the gala.

His most recent design project is a catalogue for a solo exhibition of original artwork by celebrated actor, artist and composer, Sir Anthony Hopkins. The show, featuring seven of Hopkins’ works, opened October 17 and runs to October 31 at the Harbour Gallery, 1697 Lakeshore Rd. West in Mississauga. Sych designed the layout for the art and text, and a custom letterform for the catalogue cover.

“I wanted to emulate the way in which Hopkins draws in a fluid gestural way,” he said. “My intention was that the letterforms on the cover mimic his work seamlessly.”

As if he didn’t have enough on his plate, Sych has been invited to sit on the jury for the New York Type Directors Club, alongside such design luminaries as Debbie Millman, president emeritus of the American Institute of Graphic Arts; Debra Bishop, vice president and design director of Blueprint magazine and Martha Stewart Living; and Ted Halbur, associate creative director at Target.