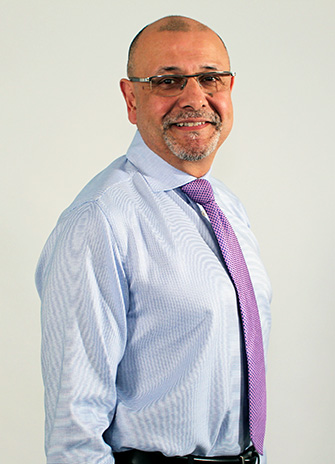 Saäd Rafi will share his experiences leading the Toronto2015 Pan Am/Parapan Am Games when he delivers the 2015 John Holmes Memorial Lecture at York University’s Glendon campus on Oct. 27.

The chief executive officer of the TO2015 Pan Am/Parapan Am Games’ organizing committee will present his lecture “Sport as a Springboard for Improved International Relations: Insights from the Pan Am Games”  at 7:30pm in A100, Centre of Excellence, Glendon College.

The lecture will be presented in English, and advance seating is required for the event through invitation@glendon.yorku.ca.

He came into the role after a lengthy career in Ontario’s public and private sector, where he was successful in delivering large-scale transformation, change management and project management.

Before taking charge of the 2015 Pan Am/Parapan Am Games, Rafi served as deputy minister of the Ministry of Health and Long-Term Care. Between 2010 and 2014, he administered an annual budget of $49 billion – the largest health budget in Canada – and oversaw one of the most significant system transformations in Ontario’s health-care sector.

During his 25-year career, he served in three other different deputy minister roles. He also built a successful advisory practice in infrastructure and project finance while he was a partner with Deloitte and Touche, LLP.

The annual John Holmes Memorial Lecture at Glendon honours the late John W. Holmes, Canadian diplomat, writer, administrator and professor of international relations at Glendon from 1971 to 1981. Holmes was a tireless promoter of Canada both at home and abroad in political, diplomatic and educational circles. He also participated in the founding of the United Nations and attended its first General Assembly in 1945.

Admission to the lecture is free, but seating is limited so reservations are recommended.