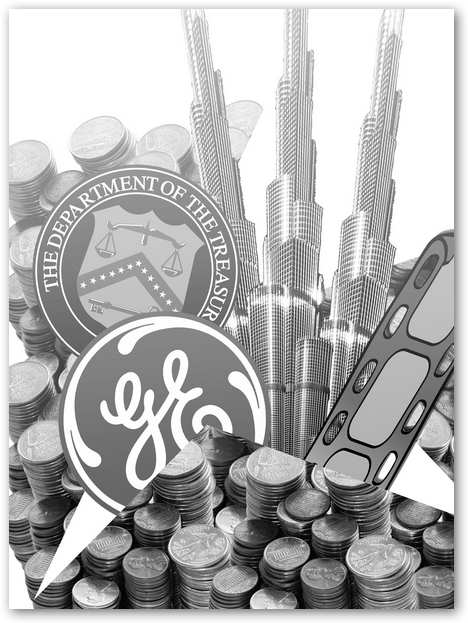 Existing theories of capitalism, both orthodox and unorthodox, view capitalism as a mode of production and consumption. But what about a different view, one that espouses capitalism as a mode of power, a force large enough to steer Hollywood away from innovative filmmaking and into a business focused solely on formula films, or have a role in escalating U.S. public debt or the concentration of power in the hands of large corporations?

The Capitalist Mode of Power is a speaker series that explores the concept of capitalism as a mode of power and its role in the current global crisis; its impact on the distribution of income and corporate concentration, its role in public debt, Hollywood and the operation of the “market”. The purpose of this speaker series is to interrogate capitalism as a mode of power.

The talks, starting Oct. 20 and continuing until Nov. 17, are organized by The Forum on Capital as Power and sponsored by the York Department of Political Science and the Graduate Program in Social & Political Thought. All talks take place Tuesdays from 3 to 5pm in the Verney Room, 674 South Ross, Keele Campus, and are open to the public. Light refreshments will be served.

This presentation is the first in the Second Speaker Series on the Capitalist Mode of Power.

The study of capital as power began when York political science Professor Jonathan Nitzan and his colleague and friend Israeli political economy Professor Shimson Bichler were students in the 1980s and has since expanded into a broader project, involving a growing number of researchers and new areas of inquiry. The presentation explores what they have learned so far, reviews ongoing research and suggests future trajectories – including the coevolution of concepts and modes of power; the origins of capitalized power; the state of capital; finance as the symbolic creordering of capitalism; the role of labour, production and waste; the capitalized environment; and the need for post-capitalist accounting.

Bichler and Nitzan’s publications are available for free under the Creative Commons License from The Bichler & Nitzan Archives. For more information, email Nitzan at nitzan@yorku.ca, or Bichler at tookie@barak.net.il.

Economic Growth as a Power Process – Tuesday, Oct. 27.
Is economic growth a miracle of the free market? According to mainstream theory, growth is best ensured through conditions of “perfect competition.” However, economic growth is tightly correlated with the concentration of power in the hands of large corporations. Why? The capital as power framework provides potential answers that turn mainstream theory on its head: growth seems to be intimately related to the formation of hierarchy.

This talk is presented by Blair Fix, a PhD student at the Faculty of Environmental Studies at York University. For more information, email blairfix@gmail.com.

Blockbuster Cinema: Hollywood’s Obsession with Low Risk – Tuesday, Nov. 3.
Hollywood is obsessed with blockbusters – for 20 years the major studios have been making them, and it appears that blockbuster cinema will be with us for many years to come. This presentation will theoretically and empirically explain how blockbusters, and the associated business strategies that surround them, serve Hollywood’s financial goals. The key to blockbusters is that they allow major studios to reduce their risk. The revenues of designed-to-be blockbusters rarely fall below expectations, making the world of cinema increasingly predictable. Moreover, this predictability affects how the film business controls the social creativity of filmmakers and, indirectly, the behaviour of consumers.

This talk is presented by James McMahon, a PhD student at the Graduate Program in Social and Political Thought at York University. For more information, email jmcmahon@yorku.ca.

Global Safe Haven: Bonding Domestic and Foreign Owners of the US Public Debt – Tuesday, Nov. 10
What explains the resiliency of the US Treasuries market as a global safe haven for investors? Why doesn’t the US federal government simply inflate away its debt burden now that foreigners own roughly half of it? This presentation explains how the powerful domestic owners of the other half of the public debt help to ensure the continued creditworthiness of the US. Striving to preserve the sanctity of US Treasuries, both domestic and foreign owners have become ‘bonded’ by the same interests.

This talk is presented by Sandy Brian Hager, Postdoctoral Fellow at the Wheatherhead Center for International Affairs at Harvard University. For more information, email sanha926@gmail.com.

The Enduring Power of GE – Tuesday, Nov. 17
General Electric (GE) has demonstrated extraordinary longevity in the upper echelon of U.S. corporations. From 1925 to 2013, the company has never fallen below 10th in the rankings of firms by market capitalization. The only other firm to match this feat is the oil giant ExxonMobil. GE’s durability is remarkable given the political, cultural, and technological tumult of the 20th century. This presentation considers possible reasons for GE’s dominance. This study of GE is part of an effort to develop a new field of Accumulation Studies.

This talk is presented by D.T. Cochrane, a PhD student at the Graduate Program in Social and Political Thought at York University. For more information, email dt.cochrane@gmail.com.

For more information on any of the talks or the work done through The Forum on Capital as Power, contact Jonathan Nitzan by e-mail: nitzan@yorku.ca.