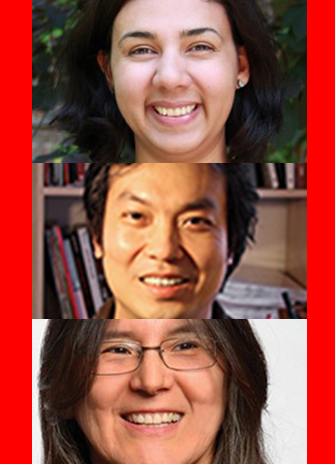 The Faculty of Environmental Studies (FES) welcomes three new faculty members, including one who is cross-appointed with Osgoode Hall Law School.

“At FES, we are thrilled to welcome such accomplished scholars and dedicated teachers to our community, increasing our capacity to address issues of global cities, indigenous environmental governance and conservation of important pollinator species,” said Faculty of Environmental Studies Dean Noël Sturgeon.

Sheila Colla – Working to address real-world conservation issues, Colla performs research with a focus on the conservation of lesser understood native species such as bees, butterflies and flowering plants. Through her research, she works closely with environmental NGOs, landowners, academic partners and government agencies at the municipal, provincial and federal levels to implement conservation management based on the best available science. She assists in the management of a continent-wide citizen science project called Bumble Bee Watch.

Colla’s areas of academic interest include ecosystem services, plant-pollinator ecology, endangered species conservation and environmental policy, to name a few. Joining FES will enable further development of her interdisciplinary research program and allow her to provide students with networking and conservation opportunities.

She earned her BSc (Honours) in biology from the University of Toronto in 2005, and completed her PhD in biology at York University in 2012.

Abidin Kusno – Formerly a professor at the Institute of Research, University of British Columbia, Kusno joins York’s Faculty of Environmental Studies with roughly 15 years of teaching experience. He brings with him expertise in the fields of history and theory of architecture and urbanism, as well as Indonesian/Southeast Asian studies. Kusno held the Canada Research Chair in Asian Urbanism & Culture Tier II and served as co-director of the Centre for Southeast Asian Research. He also served as a Visiting Research Fellow at the York Centre for Asian Research (YCAR), York University.

Kusno has authored several books in both English and Indonesian, including most recently After the New Order: Space, Politics and Jakarta (Hawaii University Press, 2013); and The Appearances of Memory: Mnemonic Practices of Architecture and Urban Form in Indonesia (Duke University Press, 2010). Kusno has also served on several editorial boards, as well as visiting fellow at universities in Asia, Europe and North America.

He earned his PhD in the Department of Art History, Binghamton University, State University of New York, in 1998.

Her work has been published in an array of national and international journals, and she has delivered numerous public and academic presentations relating to traditional knowledge and governance. She co-edited Indigenous Peoples and Autonomy: Insights for a Global Age (2010) with Mario Blaser, Ravi De Costa and William Coleman (2010).

Prior to joining York University, McGregor was an associate professor in the Department of Geography at the University of Toronto, where she also served as director of the Centre for Aboriginal Initiatives and the Aboriginal Studies program. She recently completed a SSHRC-funded research project (“Traditional Knowledge, Water and First Nations in Ontario”), and is currently undertaking three more. She earned her PhD from the University of Toronto.