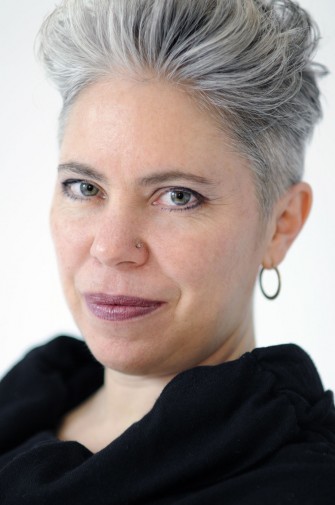 This three-year study will investigate transphobia in Ontario and draw from 20 key interviews with members of the trans community. The research will use live theatre as a medium to disseminate findings to community, educational and professional audiences.

The project is funded through an $187,000 Partnership Development Grant from the Social Sciences and Humanities Research Council (SSHRC).

“My project will look at the social, political, economic and legal dimensions of transphobia, also examining diverse experiences of being trans,” says Cavanagh. “My hope is to stage testimonials about trans life experiences so that those who are cisgender – non-trans – can better understand the struggles trans Ontarians are facing. Ultimately, I want people to support trans positive policies and legislative changes in the province.”

“This is an impressive team, all committed to community-oriented theatre and trans-positive education and social justice,” she says.

Cavanagh is building upon the success of Queer Bathroom Stories (QBS), her first theatrical production based on interviews with LGBTQ participants about their experiences of gender segregation. It was staged for World Pride 2014 at Buddies in Bad Times Theatre and won the Audience Pick Award at the Toronto Fringe Festival in 2011.

“I learned so much about the importance of staging trans stories to facilitate conversation about gender identity,” she says. In the Transgender and Performance Ethnography project, Cavanagh will focus on “trans embodiment, gender identity and the barriers to social inclusion more specifically.”

Cavanagh says that “performance ethnography allows the researcher, as playwright, to choreograph the experiential dimensions of interview material into a theatrical production. Ideally, audiences will come to appreciate the diversity within the Ontario trans community. Trans communities of color, trans sex workers and those who are under-housed, underemployed and street-active are typically marginalized.  When an experiential connection can be made to a multiplicity of trans life stories, it can be a catalyst for real progressive social change.”

In September, Cavanagh began working with graduate research assistants and community partners to prepare for interviews with key informants, which will take place in the first year of the study. In year two, the team will analyze and interpret the data in preparation for script development. The play will be developed and workshopped in year three in preparation for production at Buddies in Bad Times Theatre. It will also be staged and read at other locations including academic conferences, LGBTQ community events and “basically wherever the research can be of use to cultivating a more trans-positive environment,” says Cavanagh.

Cavanagh notes the project is methodologically innovative and requires the input of artists and academics alike.

“Toronto is a great place to launch this project because the city has a diverse and growing trans community doing important work,” she says. “My job is to support the initiatives already underway and to bring community activists, artists and academics together.”

Her research will be disseminated in two ways: as a touring theatrical production and as a series of refereed journal articles.

“Performance ethnography dramatizes the complexity of a research question, issue or topic of investigation,” said Cavanagh in a keynote presentation she gave to launch the 2015 Pride March in Ankara, Turkey. “It gives the research a human face. It thus takes us into the terrain of human experience. It takes emotion and affect seriously.”