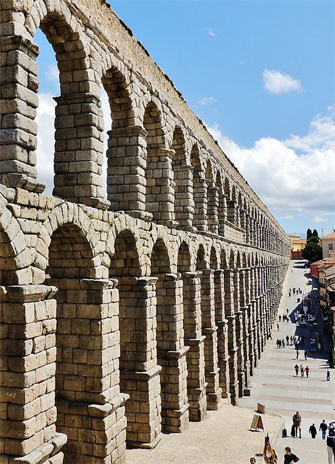 Researchers will dig into the archaeological, historical and epigraphical world of Roman Spain at a York University colloquium.

On Oct. 3, the Recent Research on Roman Spain colloquium will present samples of the work that is shaping current understandings of Hispania under Roman rule between the 2nd century BCE and 4th century CE.

Scholars will draw from this multicultural society and present on topics such as ethnic identities, cultural contact and cultural change, the Roman military and recruitment of local troops into the Roman army, local elites and civic benefactions and domestic production and consumption patterns.

“There is a lot of exciting work going on currently on the archaeology and history of Roman Spain. This research is generally not that well known in North America and this colloquium will allow for the dissemination of some of the results of the latest research in this area,” says history Professor Jonathan Edmondson, one of North America’s experts on Roman Spain.

“It is particularly exciting that three York undergraduates will participate in the research colloquium, illustrating the value that the History Department and York University more generally places on experiential education and on the value of original research in undergraduate coursework,” he adds.

“Their presentation illustrates how research and teaching are closely integrated in the LA&PS History Department and will allow them to gain feedback before they present their report as a poster at the Annual Meeting of the Archaeological Institute of America in San Francisco in January 2016 — another exciting research opportunity for these undergraduates,” Edmondson says.

Guest lecturers in the field of classical studies include Duke University’s Professor Alicia Jiménez, who will give the keynote presentation on the latest excavations at Roman camps involved in the siege of Numantia in 133 BCE, a key event for Spanish national identity, and Professor Alexander Meyer from the University of Western Ontario. Presenters from York include Edmondson and the post-doctoral fellows he supervises. They are Alejandro García Sinner, a SSHRC Postdoctoral Fellow who directed HIST 3136, and Jésus Bermejo Tirado, a SSHRC-Banting Postdoctoral Fellow.

“The presence of two highly accomplished promising scholars from Spain, Dr. Bermejo from Madrid and Dr. Sinner from Barcelona, as post-docs in the LA&PS History Department for two years provided the incentive for us to arrange this colloquium,” says Edmondson. “They have played a major role in the academic life of the History Department since their arrival last Fall, both through their research and their teaching.”

This colloquium is sponsored by LA&PS, the Department of History and the Classical Studies Program.