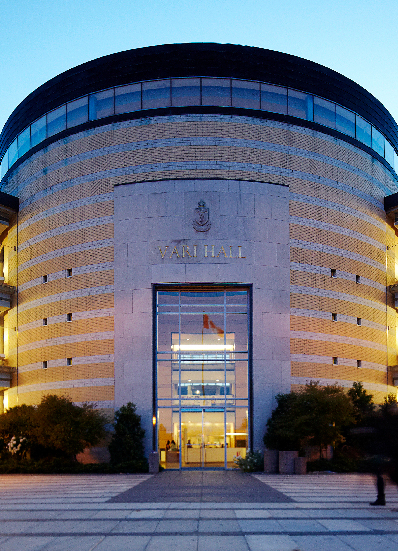 The following, a response to a comment published last week in the National Post, was sent to the newspaper by Osgoode Hall Law School Dean Lorne Sossin:

In his comment in the National Post, Avi Benlolo, the president and CEO of the Friends of Simon Wiesenthal Center for Holocaust Studies, suggested a work of art hanging in a student centre at York University, which depicts Palestinians, is not only Anti-Semitic but akin to the display of posters for a “White Student Union.”  He suggests because this depiction includes a Palestinian holding rocks behind his back that it is a “call to murder.”  As a proud member of York University’s community and the Jewish community, I passionately defend the rights of Jewish students, staff and faculty to engage in their work and study in a safe and supportive environment, free from harassment, and I passionately disagree with Mr. Benlolo’s position.  Mr. Benlolo suggests he believes in “free speech, but with limitations on spreading hate and intolerance” and then he arrogates to himself the right to determine what constitutes hate and intolerance for the rest of us.

As Jewish people around the world gathered to mark Yom Kippur last week, it is important to reflect on the very real and genuine threats around us, which include vandalism and attacks on Synagogues (in Israel and around the world) and the conflating of criticism of Israel with derisive stereotypes and vilification of the Jewish communities around the world that identify with and support Israel. The enduring scourge (and, indeed) resurgence of Anti-Semitism has no place in our public discourse or our University, and ought to be subject, where the circumstances warrant, to the principled and fair application of the hate speech laws contained in Canada’s Criminal Code, the standards of anti-discrimination embedded in Human Rights Codes, and the University’s own Code of Student Rights and Responsibilities as well as other applicable policies. A similar approach should be taken to the growing and troubling incidence of “Islamophobia” and other instances of speech (or art) being used to denigrate a group not for what they have done, but simply for who they are.

The idea that any group, be they students or outside advocacy groups, should be able to unilaterally declare the views of others in our community as “hate,” and call on the University to censor them, cannot be a point of departure for building a community. Rather, we need to respect the breadth and depth of others’ views, take seriously the experiences and reality on which those views are based, and work together to find common ground (or where community members must agree to disagree on a particular issue). I hope the complaint about the art in the Student Centre serves not to divide who is “pro-Palestinian” or “pro-Israeli” but rather as a catalyst for exploring our collective and individual approaches to human rights, discrimination, tolerance, censorship and decision-making over the spaces we share.

I know there are students who are discomforted by the piece of art in question. Mr. Benlolo’s organization has launched a complaint and that complaint should be addressed fairly, fully and in its own context. This is an example of the University community working to ensure a forum to sort out how disputes can best be considered and resolved.

It is easy to cast aspersions at the University; it is, by contrast, hard work to build pluralist and vibrant communities of learning where all feel safe, and that their perspectives matter. The fruits of this hard work are lasting and meaningful, and I am enormously fortunate to be part of a University committed to this goal.