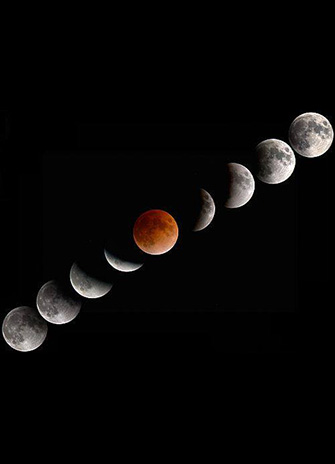 A total lunar eclipse will happen on Sept. 27

Luna Palooza will begin at 8pm, and will feature over 15 portable telescopes for visitors to use at the observatory, located at 405 Petrie Science Building. Astronomy professors and students will also be on hand to share insight into the lunar event.

“Traditionally, the full moon in September is referred to as the harvest moon, the full moon that is temporally closest to the Autumnal Equinox (Sept. 23 in 2015). Rising in the pleasant temperature evenings of September here in the Northern Hemisphere, it is seen initially by many people as a deep, golden yellow,” says Paul Delaney, astronomy professor and director of the York University Observatory. “As it turns out, this September’s full moon represents the closest distance a full moon gets relative to the Earth for this calendar year (a mere 356, 877 kilometres). This makes it a so-called “supermoon,” as it appears marginally larger and brighter than other full moons throughout the year.”

A lunar eclipse occurs as the full moon passes into the shadow cast by the Earth into space. As such, the reflected light from the moon will steadily decrease from 9:07pm, until 10:11pm (EDT) when the moon will be completely immersed in our planet’s shadow, causing the previously bright, full moonlight to appear a very dark and a dull reddish-orange colour. This year’s eclipse, the fourth such total lunar eclipse in a row for Toronto residents, will have a totality phase lasting about one hour and 12 minutes, which is ample time to get a great look at not only a subdued lunar landscape but also the constellations of the fall sky.

Guests are invited to bring their own telescope.

For more information on the event, visit the Facebook page.