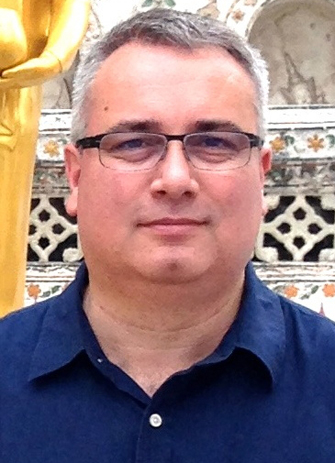 York University President and Vice-Chancellor Mamdouh Shoukri has issued the following announcement to the University community:

I am very pleased to announce that the search for the next dean of the Faculty of Education has reached a successful conclusion.

You will recall that last year I established a committee charged with undertaking a search for the next dean, comprising members of the Faculty of Education, including faculty, staff and students, as well as a member from outside the Faculty, appointed by me, and chaired by the vice-president academic and provost. This is an important time in the development of York’s Faculty of Education, as it builds on its strengths and achievements to respond to an evolving education environment and contribute to the preparation of leading educational scholars and practitioners.

Following an extensive national and international search, which attracted a number of outstanding candidates, the committee recommended the appointment of Professor Lyndon Martin to the position of dean. I am very pleased to announce that Professor Martin has accepted our invitation to take up a five-year term as Dean, commencing July 1, 2016. On Aug. 18, the Board of Governors Executive Committee, on behalf of the Board of Governors, concurred with my recommendation of the appointment.

Professor Martin will be well known to members of the Faculty and the York community. He joined the University in 2009 and is an associate professor in the Faculty of Education. He has served the Faculty as associate dean from 2011-15 (undergraduate programs, 2011-14, and academic programs, 2014-15). As associate dean, he has been involved in strategic direction-setting for the Faculty and has had responsibility for both undergraduate and graduate programs, as well as for liaison with the wider educational community, including the Ontario College of Teachers and government. He has also played a leadership role in program renewal and development in the Faculty, including the development and launch of new programs and partnerships (i.e. the permanent establishment of the direct entry program, a joint BEd with Ryerson University and a part-time program in Technological Education), and in a significant initiative to re-conceptualize and redesign the BEd program. At the institutional level, he has been a member of a working group on teaching and learning (2010-11) and the Senate Executive Sub-Committee on Honorary Degrees and Ceremonials (2009-12).

Professor Martin holds a BSc and a certificate of education from Loughborough University in England and a DPhil from the Department of Educational Studies at Oxford University. He is a lifelong educator. He began his career as a high school mathematics teacher and subsequently worked at several universities in Canada and the United Kingdom. From 2004-09, he held an appointment at the University of East Anglia in the U.K., where he served as director of research in the School of Education & Lifelong Learning. His research is in the field of mathematics education, with a focus on improving the teaching and learning of mathematics at all levels.

He is the author of numerous chapters, articles and conference papers in this area, and his work has been supported by a number of substantial Social Sciences & Humanities Research Council of Canada grants. He is active in a number of professional organizations, including the Canadian Mathematics Education Study Group and the International Group for the Psychology of Mathematics Education.

I would like to thank the members of the search committee for their contributions to this important process. I would also like to express my appreciation to Professor Ron Owston for his leadership as interim dean of the Faculty of Education and, particularly, for his willingness to extend his term for a further year to July 1, 2016, during Professor Martin’s Research Development Fellowship year.

I look forward to working with Professor Martin as he undertakes this key leadership role. I hope that all members of the Faculty and the University will join me in congratulating him and wishing him well in his new role.