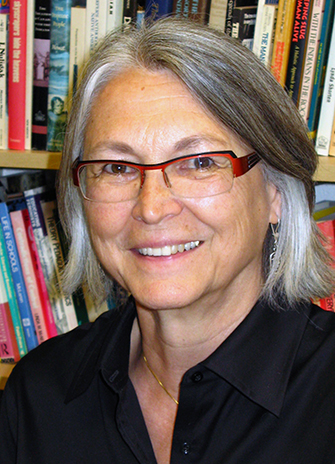 In her new role, Haig-Brown will help facilitate the promotion of strategic research development at York and lead the development of research policy that bridges the needs of researchers and the institution. She will work with Haché to intensify the services available for all researchers, help continue to track and build York’s research performance, provide leadership for York’s organized research units, and enlarge the University’s collaborative role with external stakeholders and communities.

Haig-Brown is a professor and the immediate past associate dean, research, community and professional learning in the Faculty of Education. In this position, she led a reorganization of the unit, including laying the groundwork for the new York Centre for Education & Community (2015), a Faculty-based hub related to community-referenced programs, events and other initiatives. She was an integral part of the team that worked with the vice-president research and innovation in the University-wide consultation and preparation of Building on Strength, the University’s Strategic Research Plan.  She served as chair of Senate in 2009-10.

Haig-Brown’s major research interests are based in work with indigenous communities, both nationally and internationally. Her first book, a retrospective ethnography of the Kamloops Indian Residential School, was based on interviews with former students, as well as church and government documents. She has published three other books, numerous articles and reports, as well as a co-directed film, Pelq’ilc (Coming Home), based on interviews with the children and grandchildren of the original participants from the Kamloops, B.C. school. It was selected for the Smithsonian’s Native American Film Festival in 2011. Her current Social Sciences & Humanities Research Council of Canada Insight Grant is focused on a documentary film exploring the complexities of the Naskapi Nation’s commitment to the land in the contemporary economic reality of their involvement with open pit mining.

“I look forward to welcoming Professor Haig-Brown and to working with her has she assumes this critical leadership role,” said Haché. “I would also like to thank the members of the AVP Search Committee for their contributions to this important process, and express my sincere appreciation to Professor Ananya Mukherjee-Reed, who has provided excellent leadership to the Division of VPRI as associate vice-president research over the past year.”