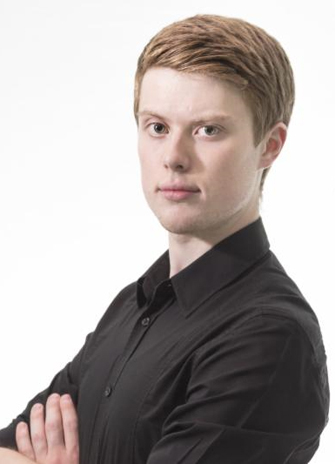 Throughout the summer and into fall, Lowndes will work alongside experimental visual artist Césan d’Ornellas Levine.

It’s already been a remarkable year for Lowndes. Earlier this season, he won a place in the Toronto Artist Project’s Untapped Emerging Artist Competition, and had a solo exhibition of his Remnants series as part of the Scotiabank Contact Photography Festival.

During his apprenticeship, Lowndes and d’Ornellas Levine will work on a body of work that will culminate in a joint exhibition at the McMichael gallery opening Oct. 3.

“Césan is a brilliant artist,” said Lowndes. “Her approach to materiality and concept are already sparking new thoughts and approaches in me. The McMichael Mentorship Program gives me freedom to produce an ambitious body of work that I wouldn’t have been comfortable creating without the backing of a gallery.

“Césan and I plan to treat this as a stepping stone in our collaboration, later expanding the work and continuing to exhibit together across Canada and internationally,” said Lowndes.

Based in Richmond Hill and Toronto, d’Ornellas Levine is known for her large-scale expressive abstract paintings and more recently her original mixed media work. Her practice is grounded in a self-imposed regimen of “above the wrist” disciplines inspired by influential Russian artist and art theorist Wassily Kandinsky, such as meditation, fasting and personal development. D’Ornellas Levine’s approach to this rich process has made her a sought after and inspiring artist-presenter in Canada, the United States, Mexico and Europe.

Lowndes feels his training at York University provided a strong foundation for creative collaboration with an artist like d’Ornellas Levine.

“While other universities and colleges have students focus entirely on artistic production, York’s curriculum also places a strong emphasis on concept and theory,” said Lowndes. “The curriculum is tailored to allow students to branch out and study concepts outside the traditional realms of art. Artistry today requires a great deal of scholarship, and York’s multidisciplinary approach to learning introduced me to many fields I have later introduced in my practice.

“The milestones I’ve reached thus far are thanks to the careful efforts of my professors in York’s Visual Art Program,” said Lowndes. “They not only encouraged me to expand my style into new and uncharted territories, but they also pushed me to be critical and self-determined. And my former profs continue to support me now, more than a year after graduation, for which I’m grateful and honoured.”

Now in its third year, the Art Mentorship Project provides an exciting opportunity for emerging artists to work alongside established Canadian artists. The young artists are given professional development assistance at the McMichael Canadian Art Collection in several one-on-one sessions, followed by a joint exhibition with their mentor.

The 2014 Art Mentorship Project mentee was also a York University Visual Art and Art History grad. Sculpture/installation artist Kevin Yung (BFA) worked with First Nations artist Bonnie Devine and their collaboration was on display at the McMichael Canadian Art Collection from May 30 to July 1.