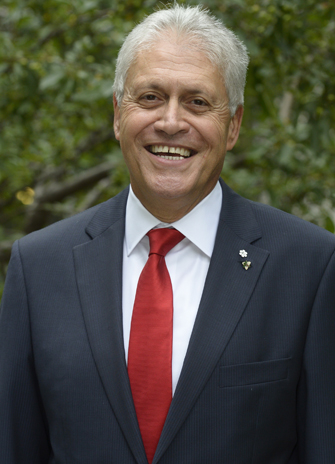 York President and Vice-Chancellor Mamdouh Shoukri has issued the following message to the University community:

Friday, July 10, marked the official opening of the Toronto 2015 Pan Am and Parapan Am Games. In venues across the Greater Toronto Area, nearly 7,000 athletes from more than 40 countries in Latin America, South America, the Caribbean and North America will be participating in world-class competition in 36 Pan Am and 15 Parapan Am sports.

Canada has had the honour of hosting the Games twice in the past, but this is a first for the province, for the city of Toronto and the surrounding region, and for York University.

As Canada sends its largest delegation ever of the nation’s top athletes to this multisport event, York University is proud to host two venues for the Games on our Keele campus – the Canadian Tennis Centre, which hosts the 80 Pan Am tennis athletes who will compete at the Games, and our new CIBC Pan Am/Parapan Am Athletics Stadium, which will host the track and field events.

In addition to serving as a host venue, we are extremely proud that a number of our current and former York athletes are representing Canada on home soil at the Games. Two of our sprinters – current student Khamica Bingham and recent graduate Dontae Richards-Kwok – will be racing for the podium. Volleyball player and alumna Melissa Humana-Paredes aims for gold, while Kailah Macri, a graduate of our kinesiology program, will compete in figure roller skating. Current psychology major Arthur Biyarslanov contends in the boxing event, and Daniel Gaysinsky will compete for Canada in karate. Katrina Cameron, a third-year humanities student, joins her rhythmic gymnastics teammates in her second Pan Am competition. Alumna Autumn Mills will make history on the first Pan Am women’s baseball team, and Daniel Novia, a graduate of our psychology program, will compete in the men’s hammer throw.

We congratulate each of these outstanding athletes for representing Canada and York University at the Games. Their inspiring achievements are the result of tremendous drive, determination and hard work over many years. To show our support and to share our good wishes, I encourage all members of the community to visit the RED Zone in Vari Hall this week to sign cards that have been prepared for each of the competing athletes. The cards will be available for signing from Monday, July 13, to Thursday, July 16, from 10am to 4pm, and on Friday, July 17, from 10am to 3pm. For more information about the athletes and the Games, visit panam2015.info.yorku.ca.

Lastly, I would like to acknowledge the efforts of the entire York community in making the Games a reality. As our athletes head into competition, they do so supported by a wide array of dedicated individuals – from coaches, trainers, teammates and event volunteers to classmates, professors, families and friends. Our staff, students and faculty have been preparing for the Games for months, and many have joined the team of over 23,000 volunteers assisting at host venues during the Games. We thank you for your support and enthusiasm as we mark this milestone moment for York University and as we continue the legacy of our remarkable sporting history.

I encourage you to immerse yourself in the atmosphere of celebration, excellence and pride that this event offers as it brings together the diverse cultures, peoples, nations and athletes of the western hemisphere.

I wish everyone an excellent time at the Games, and on behalf of the York University community, good luck to each of the participating athletes. Go Lions! Go Canada!