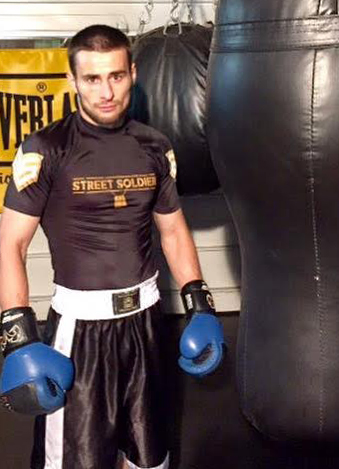 Arthur Biyarslanov, an undergraduate student in York University’s Faculty of Health, is getting ready to secure his berth in the boxing division in the 2015 Pan Am Games.

Participating in a high-level competition in boxing wasn’t always the aim for Biyarslanov, who started boxing at 12 and was pushed into the sport by his brother as a means for self-defence. “At first I hated it and didn’t want to pursue it at all, until I started winning nationals and beating the best in the country.[Then] I knew I could make a career out of it,” says Biyarslanov. “[But now] I want to be the best in the world and be an idol to young kids and athletes all over the world.”

Having just completed his first year of studies in the psychology program, Biyarslanov is excited that the Pan Am Games are being held in Toronto as it sets the stage for a home advantage.

“I am really glad and happy that it’s in my hometown, mainly because I will have all my friends and family here to watch and support me. When I go to international tournaments they don’t get the chance to watch me,” says Biyarslanov.

“[Pan Am] is one of the biggest tournaments in the world,” he notes, “and [since] it’s happening in my hometown, this gives me some edge over my opponents with the crowd and positive energy.”

“I am now 20, and in five years I see myself in pro boxing with a good amount of wins, going for the world title. After I get my title, I will defend it for many years and retire undefeated In Sha Allah (God willing).”

As the games approach, Biyarslanov is hard at work training out of the Atlas Boxing Club, but credits his inspiration and dedication to his family and craft.

“My biggest inspiration would definitely be my brother and my mother,” he says. “They keep me on the right track and support me, and give me inspirational and motivational lectures when I am feeling moody. Boxing keeps you fit and healthy, it is very useful for self-defence, strengthens your will and keeps you out of trouble.”

Set to start on July 10, the Pan Am Games will run until July 26 and will attract approximately 6,135 athletes from 41 nations. This will be the largest athletic competition in Canada’s history, with more than double the number of athletes at the 2010 Vancouver Winter Olympics. The games will host 48 different sports.

Biyarslanov will compete at the Oshawa Sports Centre, which is the Pan Am venue for boxing. The boxing portion of the Games runs from July 18 to 25.