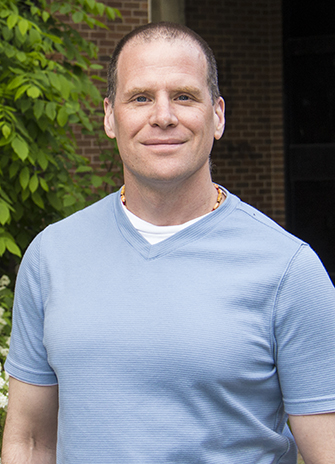 Companies are already aware that CSR affects consumer behaviour and employee attitudes, says Fairlie, but the stress link is new. “This is the first time, to our knowledge, that CSR perceptions have been linked to lower employee stress symptoms and their consequences,” he says

“Work, for some, is becoming more intensified. We also work longer hours,” says Fairlie. “The cost of employee stress has been estimated in terms of its impact on things like disability and productivity.” But “when employees view their company as responsible, this may buffer the impact that stressors have on stress, and subsequent impacts on job attitudes and more serious mental health problems.”

Essentially, says Fairlie, when an employer is viewed as responsible, stress is lower and, as a result, satisfaction, commitment and retention are higher, while depression symptoms are minimized.

Fairlie and Svergun surveyed more than 700 Canadians and Americans working at a variety of organizations. The study also focused on positive CSR in addition to traditional CSR, the latter of which includes minimizing environmental harm, treating employees fairly and upholding human rights. Positive CSR involves employers having proactive social impacts that are discretionary and sometimes unrelated to their businesses.

“My co-author and I are a part of a growing body of researchers that are transforming the concept of CSR to mean not only avoiding harm, but also making a concerted effort towards human betterment and leaving the world a better place than you found it,” says Fairlie.

Some companies are not necessarily looking to reduce employee stress, he says, but finding ways to make them more resilient in the face of stress. The perception that you’re having positive impacts on people and things may go some way to mitigating the effects of stress. Fairlie adds: “In a sense, employees say, ‘Yes, the work is stressful, but it’s worthwhile. It matters.’ Nurses can be quite stressed working within a health-care system, but some of them wouldn’t do anything else for a living because of their sense of calling. The social impact is high.”

Fairlie says when companies implement corporate sponsored volunteer programs, where employees are paid to volunteer during working hours, there is a positive effect on employee performance, commitment and satisfaction. Additionally, he recommends job crafting as a way to meet an organization’s needs while learning and then satisfying the employee’s passions and values, such as those that involve social impact.

“Jobs can be re-crafted in a way that employees still get the needed work done, but in such a way that they help more people, either internally or externally with clients and customers. So it’s just a different way of getting the job done while satisfying what’s important to many people,” he says.

Fairlie warns, however, that if employers are socially responsible, but don’t make their staff acutely aware of their responsible efforts, they won’t benefit from CSR’s potential effects on stress.

“I’ve done employee surveys with not-for-profit organizations that are having critical positive impacts in the world, and yet employees are dissatisfied and disengaged,” he says.

He adds: “Some companies connect employees with the recipients of their care, so they have more one-on-one meetings between employees and clients or customers. They can find out their jobs are more impactful than they previously realized. Even if you’re doing largely clerical work in a big charity organization, you really start to see how you have an impact when you actually meet these people.”