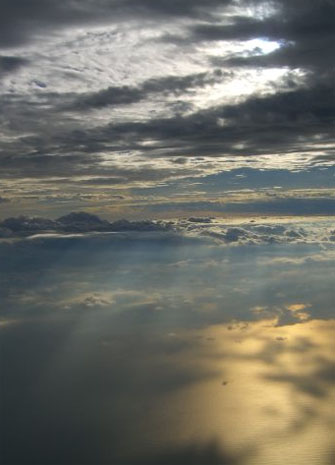 Steven Brown, a research chemist in tropospheric chemistry with the U.S. National Oceanic & Atmospheric Administration (NOAA), will deliver the 2015 Harold I. Schiff Lecture in the Faculty of Science.

Organized by the York University Centre for Atmospheric Chemistry and the Faculty of Science at York University, Brown’s talk will take place May 28, starting at 2:30pm, in 103 Life Sciences Building on York University’s Keele campus. This talk is free and open to the public. All are welcome.

The study of lower atmospheric chemistry, at least at northern mid-latitudes where a large fraction of the world’s population resides, has largely been a story of summertime phenomena. Rapid, summertime photochemical oxidation converts primary emissions into secondary pollutants, such as ozone and aerosols, in regions very near the emission sources, leading to significant impacts on air quality and human health. Winter oxidative processes tend to be much slower, allowing for wider dispersion of primary pollutants and generally weaker air quality impacts in the immediate vicinity of source regions. Yet there remain interesting and important chemical cycles that are dominant in winter and that remain poorly understood. Chief among these is the heterogeneous chemistry of nitrogen oxides, whose study has produced numerous surprises in recent years. In some cases there are also surprisingly large impacts in winter, such as the recent observation of very high ozone occurring only in winter in oil- and gas-producing regions of western United States.

Brown’s presentation will survey key recent findings from a series of wintertime field intensives spanning coasts and the interior of North America, as well as some limited field data from Asia.

Brown came to NOAA in 1997 as an NRC postdoctoral fellow working with A. R. Ravishankara. He was a research scientist with the Cooperative Institute for Research in Environmental Sciences at the University of Colorado from 2000 to 2005, and has served as a federal research chemist since then. His major research theme at NOAA has been the chemistry and impacts of nitrogen oxides in the Earth’s atmosphere. His initial research was on laboratory studies of stratospheric nitrogen oxide kinetics; more recently, his focus has been on field measurements of tropospheric nitrogen oxides, particularly those that occur in the dark (“nighttime chemistry”). His other main research interest has been the development of high-sensitivity optical instrumentation for laboratory and field studies of atmospheric trace gases and aerosols.

The annual Harold I. Schiff Lecture is organized by the Centre for Atmospheric Chemistry at York. For more information, email cac@yorku.ca.

More about the Harold I. Schiff Lecture series

The Harold I. Schiff Lecture series was established in honour of late Professor Emeritus Harold I. Schiff (1923-2003), who was York’s founding dean of the Faculty of Science in 1968. Among his numerous achievements are his major contributions to the development of techniques for measuring trace constituents in the upper atmosphere and to the interpretation of the physics and chemistry of the stratosphere.

An educator and scientist in the field of chemistry, Schiff began at York in 1964, and was named a member of York’s Founders Society in honour of his contributions to the early development of the University. While at York, Schiff was chair of the Department of Chemistry and director of the Natural Science program in 1964, dean of the Faculty of Science from 1965-72 and director of the Centre for Atmospheric Chemistry from 1985-89.