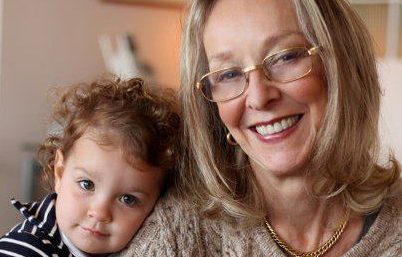 York University psychology Professor Maria Legerstee had an adventurous spirit, a generous heart and a passion for serious scholarship. She spoke four languages and had a flair for fashion. She died April 29 at the age of 71.

A leading scholar in infant research worldwide, Prof. Legerstee made important contributions to the field of psychology and, in particular, to research about the infant mind. She allowed the world to see there was a lot more going on in the infant brain than was originally thought at the time.

She established the Infancy Centre for Research at York University in 1991 and held continuous Social Sciences & Humanities Council of Canada research grants for her work. A year spent as an invited senior scholar at the Max Planck Institute in Leipzig, Germany, from 2002 to 2003, inspired her first book, Infants’ Sense of People: Precursors to a Theory of Mind (Cambridge University Press, 2005). It was considered a groundbreaking volume based on the notion that infants have a primitive pre-linguistic “theory of mind,” which is activated through sympathetic emotions expressed by the caregiver. The book has been translated into Italian and Japanese.

“As in all her work, the book established that infants are a lot smarter than commonly believed by infant researchers at the time,” says York environmental studies Professor L. Anders Sandberg, who was married to Prof. Legerstee for the past 40 years.

In 2005, Prof. Legerstee received the Dean’s Award for Outstanding Research for her work’s academic significance and its impact on the field of psychology. She continued to push the boundaries of what was known about infants into new territory. Her discovery of infant jealousy received national and international attention and led to her second book, Handbook of Jealousy: Theory, Research, and Multidisciplinary Approaches (Wiley-Blackwell, 2010), co-edited with Sibyl Hart. Prof. Legerstee’s work on infant jealousy came about after noticing very young infants often fussed when their mothers were engaged in “animated” discussion with a stranger. This observation led her to explore the interaction in more detail and propose that jealousy is an inborn and protective mechanism of the infant.

The Infant Mind: Origins of the Social Mind (Guilford Press, 2013) was Prof. Legerstee’s last book, co-edited with David Haley and Marc Bornstein. It delved deeper into the infant’s mind, drawing from a multitude of scholars focusing on the neural correlates of core sensory, perceptual, cognitive, emotional and social capacities of the infant.

Prof. Legerstee’s path to academia, however, was not a straight one. Born in The Hague, Netherlands at the end of the Second World War, as the second of four siblings in resource-scarce and war-torn Europe, she learned life’s lessons early. At a young age she collected and sold old newspapers and haggled over the price of potatoes and meat at the market. “By sheer necessity, she developed a keen business acumen,” says Sandberg.

He believes her adventurous spirit was fostered by her father, who took his three daughters on road trips through the Dutch and German countryside, using old military bikes and tents. As a result, an impatient Prof. Legerstee never finished high school. Instead, she hitchhiked and drove her Citroën De Cheveaux car across Europe, working as a pharmacist’s assistant, a bar maid in southern Germany, an au pair with a French family in Paris and a hostess on a cruise ship. In 1967, she emigrated to Canada where she took work as a secretary and administrator in Edmonton. She later moved to Vancouver where she worked for a steel manufacturer, a medical laboratory and for the Berlitz School of Languages. In 1973, she was married briefly to a physician and gave birth to her first child, Johanna.

As a single mother in her late 20s with a wealth of life experience, she returned to academia, taking an undergraduate degree in psychology at Simon Fraser University. It was there that she became interested in the research world of infants. Her honours essay, co-published with fellow students and her supervisor Jean Koepke, challenged the highly publicized findings of Andrew Meltzoff and Keith Moore that neonates can imitate facial and manual gestures. It was also where she met her second husband, Anders Sandberg.

Together they travelled to Montreal in 1979, where Prof. Legerstee earned a master’s degree and a PhD in psychology at the Université du Québec à Montréal. It was during that time their son Tor was born.

Eventually, Prof. Legerstee’s path led her to York University where she continued her research on infants. At the time of her death, she was putting the final touches on a special issue of the journal Infant Behavior and Development on early forms of non-verbal social cognition in human infants and non-human primates, co-edited with Heidi Marsh.

“Maria was a dedicated wife, mother and grandmother, and an active scholar and teacher, with lots of ideas and projects on the go,” says Sandberg. “She had no intention of retiring or slowing down her busy life. Infant psychology has lost a great scholar; her family has lost a key person in their lives. She will be missed.”