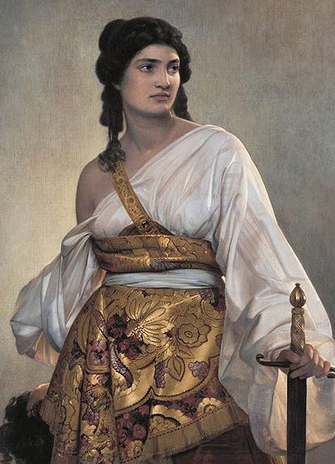 Scholars and musicians from New York State, eastern Ontario and western Quebec are converging on York University’s Keele campus May 1 to 3 for the spring 2015 meeting of the New York State/St. Lawrence Chapter of the American Musicological Society (AMS).

Organized by York Music Professor Dorothy de Val, the AMS chapter meeting will coincide with the landmark North American premiere of the oratorio Judith by English composer Sir Hubert Parry. The Pax Christi Chorale and Orchestra will perform the work on Sunday, May 3 at 3pm at Toronto’s Koerner Hall under the baton of the choir’s artistic director, Stephanie Martin, de Val’s colleague in York’s Department of Music.

“When I was invited to host this conference, I jumped at the opportunity to tie it in with Stephanie [Martin]’s presentation of Parry’s Judith,” de Val said.

Renowned Parry biographer Jeremy Dibble (Durham University, UK) will open the chapter meeting Friday evening with a keynote lecture on the composer’s choral masterworks, followed by a talk by Martin about Judith’s inaugural performance on this continent.

Perhaps best known for his patriotic anthem “Jerusalem”, a mainstay of England’s famous Proms concerts, Parry (1848–1918) wrote Judith in 1888. The oratorio tells the biblical tale of the liberation of the Jews from Assyrian captivity, the restoration of faith to their leader, Manasseh, and the heroic role played by Judith in defeating the enemy general, Holofernes.

The Koerner Hall concert will mark not only the North American premiere of the full oratorio, but also the first complete orchestral performance of Judith in almost a century. Led by Martin, the Pax Christi Chorale plans to use this unprecedented opportunity to become the first choir in the world to record this major work.

“While the first performance of Judith was very favourably received, like many objects of Victorian design, Parry’s music fell out of favour with the 20th-century crowd,” Martin said. “Another reason for Judith’s disappearance from the choral repertoire was the lack of an available score.”

That problem is being remedied through the collaborative efforts of Martin, Dibble and York graduate music students Floydd Ricketts (BFA ’13) and John-Luke Addison (BFA ’12). They are working to create a digital edition of the score from Parry’s original handwritten manuscript.

“We’re determined to resurrect this grand oratorio,” said Martin. “Entering each note, articulation and expression mark into our notation program is tedious, painstaking work. But it’s instantly rewarding in that we can hear Parry’s beautiful orchestration leap off the page.”

Both students bring a wealth of experience to the work.

Ricketts, a seasoned music director, singer, accompanist and arranger, is a co-founder and sessional conductor with the Greater Toronto Philharmonic Orchestra. He also serves as artistic director of Barrie’s King Edward Choir and high school project music director for the Grand Theatre in London/Ont.

Addison, who has just completed his Master’s degree, is an organist and choirmaster with the United Church of Canada and conductor of the Hamilton Gay Men’s Chorus. He sings with Chorus Niagara, and has had his published compositions performed internationally.

“This project has provided valuable experience for my compositional career, as it’s given me great insight into Parry’s paradigms for composition, his artistry and the musical colours and textures he employed,” Addison said. “It’s also opened up professional opportunities for me. I’ve worked with the San Francisco Opera Company and Canadian Opera Company as a direct result of the experience in transcription and arranging that I’ve gained working on Judith.”

But the biggest beneficiaries will be lovers of choral music.

“The melodies are so memorable and the drama so stirring, Judith will delight both singers and listeners,” said Martin. “Having this new score will enable choirs worldwide to perform Judith in the future.”

While Parry’s Judith is a highlight of the AMS weekend, it’s far from the only focus.<!–Notes ACF
–>

In keeping with the definition of musicology – which de Val, citing a “much loved and respected doyen of the discipline”, the late Joseph Kerman, explains is “thinking about, research into, and knowledge of all possible aspects of music” – the conference covers a wide range of topics, periods and genres.

In his talk, titled “Messiaen and Improvisation”, Benitez will consider how the composer’s approach to improvisation influenced his compositional craft by analyzing Messiaen’s last organ concert in Paris in 1991.

Other presentations address diverse subjects grouped in themes that range from Classicism and Religion in the Early Italian Baroque to Music and Technology, Music and Politics, and Rocking the Brits.

The full AMS conference program, including details of talks to be given by York musicology doctoral candidates Annika Borrmann, Amy Gajadhar and Alessia Macaluso, York Professor Emeritus Austin Clarkson and other scholars, is available online.

For tickets to the Pax Christi Chorale performance of Judith at Koerner Hall, visit the Royal Conservatory website.