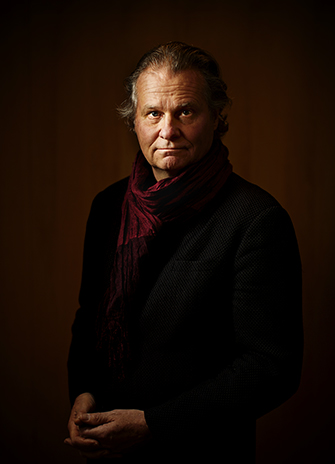 Anthropology Professor Wade Davis, the BC Leadership Chair in Cultures and Ecosystems at Risk at the University of British Columbia and recent recipient of an honorary doctor of laws degree from York University, will discuss why ancient wisdom still matters today at the next Koerner Lecture.

Davis’ talk, “The Wayfinders: Why Ancient Wisdom Matters in a Modern World,” will explore a vast range of perspectives on life from around the world. He’ll highlight the precious and timeless knowledge that 21st-century populations can extract from the experiences of early societies in Polynesia, the Amazon, the Andes, Australia, Africa, Nepal and Borneo.

The lecture will take place Wednesday, May 6, at 6:30pm at the Schulich School of Business Executive Dining Room at York’s Keele campus.

Davis has a rich background in anthropology, biology and ethnobotany, which forms the foundation of his successful and expansive career as an ethnographer, writer, photographer and filmmaker. Through his travels to the Amazon and the Andes to study plant life and cohabitate with indigenous communities, his venture to Haiti to learn about the folk preparations involved in the formation of zombies and his voyages to other locales, such as Peru, Togo and Mongolia, Davis has acquired a keen, in-depth awareness of these societies’ lifestyles and traditions.

He has learned first-hand the benefits of imparting the enlightenments offered to him by those he has encountered on his expeditions. He has written 17 books, including One River (1996), The Wayfinders (2009) and The Sacred Headwaters (2011). His innumerable accolades include being awarded the Gold Medal from the Royal Canadian Geographical Society for his work in anthropology and conservation in 2009 and guest curating the No Strangers: Ancient Wisdom in the Modern World exhibit at the Annenberg Space for Photography in Los Angeles in 2012. Additionally, from 2000-2013, Davis was the explorer-in-residence at the National Geographic Society, which honoured him as one of their Explorers for the Millennium.

The upcoming lecture will mark the third installment of the Koerner Lecture Series. This series was established to warmly acknowledge the Koerner family for their substantial contributions to the Faculty of Environmental Studies’ Las Nubes Project, updates on which will be announced at the event.

For additional information or to register for the lecture, visit the Koerner Lecture website.