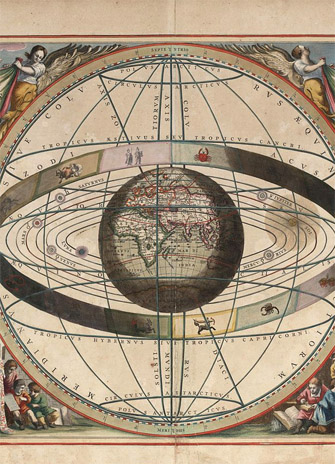 In December 2013, Richard Jarrell died at the height of a 43-year career as a professor of natural science at York University. Jarrell was one of the founders of the field of history in Canadian science and technology and played a pivotal role in York University’s Science and Technology Studies Program.

On April 24 and 25, Science, Technology and the Modern in Canada: A Conference in Honour of Richard Jarrell, will celebrate the eminent academic’s work, expand on Jarrell’s contributions to the field of science and technology studies and explore new approaches. The conference will take place in the Schulich Executive Learning Center on Friday and in the Pierre Lassonde Lecture Hall (x106) on Saturday. Both locations are in the Executive Learning Centre on York’s Keele Campus. This event is now sold out.

Jarrell’s wide historical interests circled consistently around the defining characteristics of modern science and technology — institutions and education, disciplines and professionalism, technical communities and political power. Across an array of topics, regions and periods, he returned again and again to their crucial place in the social and cultural development of Canada. His writing also hinted towards powerful undercurrents and related tensions that remained largely unexplored when he died.

The conference will present Jarrell’s insights into such topics as weapons systems and aviation, atmospheric surveillance, and genetic engineering. A number of guest speakers will celebrate the themes running through Jarrell’s work. The conference keynote presentation will be delivered by Université du Québec à Montréal Professor Yves Gingras, who will give a talk titled, “Is the ‘conflict between science and religion’ a myth?”

Postdoctoral Research Fellow Efram Sera-Shriar’s “A History of Inuit,” offers an investigation of 19th-century ethnologists, along with historian of science and technology, Professor Edward Jones-Imhotep who will present “Paris-Montreal-Babylon,” an exploration of the work of weapons expert Gerald Bull.

On day two of the conference, York University design Professor Jan Hadlaw’s “Mysteries of the New Phone Explained” takes a look at the promotional campaign in 1929 that led to the opening of Bell’s modern dial office. University of Ottawa history Professor Eda Kranakis will explore how the agricultural company Monsanto secured strong patent rights for Roundup Ready genetically modified plants in both Canada and Europe, despite strong legal challenges in both places.

Dan Macfarlane, a professor of freshwater policy in Environmental and Sustainability Studies at Western Michigan University, will discuss the St. Lawrence Seaway and Power Project, built jointly by Canada and the United States between 1954 and 1959, and the enviro-technical history of this mega project.

For more information and to register for this event, visit the conference website.

Richard Jarrell had long worked on comparative history of science (Britain, Ireland, Canada and Australia), and focused upon scientific and technical education and the role of the state in science. He was the founding editor of the journal Scientia Canadensis and co-founder of the Canadian Science and Technology Historical Association. Jarrell co-edited six books on Canadian science, technology and medicine. As an historian of astronomy, he published The Cold Light of Dawn: A History of Canadian Astronomy (University of Toronto, 1988), numerous articles, completed a six-year stint on the editorial team of the Biographical Encyclopedia of Astronomers (Springer, 2007). Prior to his death, he was working on a study of Canadian radio astronomy.