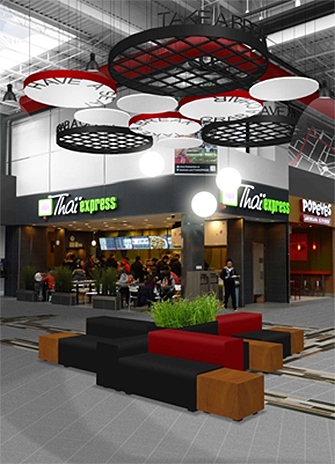 York University Development Corporation (YUDC) will undertake major upgrades and improvements to the common areas of York Lanes beginning in this month and continuing until mid-July. See the following Q&A for more details.

Will the mall be closed?

York Lanes will remain open and accessible during its normal hours of operations.

What changes will be made?

The summer upgrades will include:

When will this happen?

Work will begin in mid-April near the southeast entrance and continue west until mid-July.

Why is this work being done now?

The public areas of York Lanes have not received any major upgrades since the building opened in 1991. These renovations are a continuation of the improvements that were made to the west entrance of the mall in 2012.

How will this affect the York community?