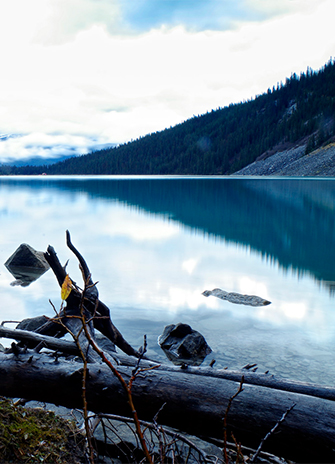 A group of York University investigators and their international counterparts have jointly created a database of lake surface temperatures to help study the ecological effects of climate change.

“There has been a significant need to put together a database like this, considering the rapid warming of lakes,” says biology Professor Sapna Sharma of the Faculty of Science who led the international effort.

As part of the Global Lake Temperature Collaboration (GLTC) project, Sharma and her undergraduate students, Anam Qudrat and Samantha Stefanoff, gathered a database of summer-mean lake surface temperature for 291 lakes and reservoirs around the world. It included data collected from 1985 to 2009.

“Previously there were only satellite collected data available globally and we have doubled the data through in situ programs such as the Global Lake Ecological Observatory Network and long-term monitoring programs, which collect data from visiting these locations,” says Sharma.

Eighty two researchers from more than 20 countries were involved in the effort that began in 2011. They collected data from major lakes in North America, South America, Europe, Asia and the Oceanic region.

The database provides information such as air temperature, solar radiation and cloud cover that define climate, as well as geomorphometric characteristics such as latitude, longitude, elevation, depth and volume, which may influence lake temperature.

“Our plan is to include additional lakes, longer time periods and vertical temperature profile data,” she says. “This unique, global dataset will offer an invaluable perspective on lake thermal conditions in this ever-changing global climate.”