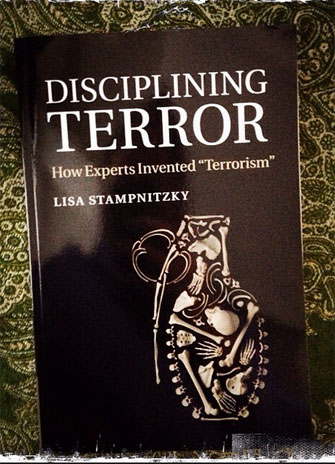 Lisa Stampnitzky, who is a lecturer in social studies at Harvard University, is the guest presenter for the 2015 York Sociology Annual Lecture on March 17 from 2 to 4pm in the Senate Chamber, N940 Ross Building.

Stampnitzky’s lecture is titled, “How Political Violence Became Terrorism” and is based on her first book, Disciplining Terror: How Experts and Others Invented “Terrorism” (Cambridge University Press, 2013). Her remarks trace how the problem of “terrorism” and the field of terrorism expertise took shape from the 1970s to the present, and how this shaped the post 9/11 “war on terror.”

Since 9/11 the public has been told that terrorists are evildoers beyond comprehension. Before the 1970s, however, hijackings, assassinations, and other acts of what is now called terrorism were considered the work of rational strategic actors.

Stampnitzky examines how political violence became terrorism and how this transformation ultimately led to the current war on terror. Drawing upon archival research and interviews with terrorism experts, she will trace the political and academic struggles through which experts made terrorism, and terrorism made experts.

She argues that the expert discourse on terrorism operates at the boundary — itself increasingly contested — between science and politics, and between academic expertise and the state. Despite terrorism now being central to contemporary political discourse, there have been few empirical studies of terrorism experts.

The Annual Sociology Lecture is free and open to the public. Light refreshments will be served.