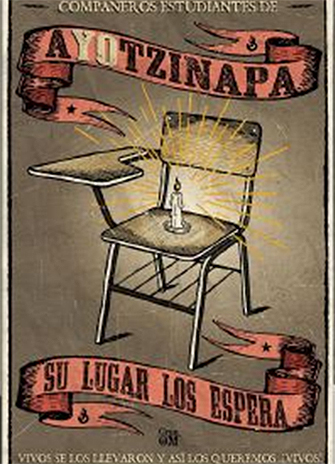 The 2015 Michael Baptista Lecture will feature a panel discussion looking at education and mobilization in contested Mexico.

The lecture, “Education and Mobilization in Contested Mexico – Situating Ayotzinapa,” will take place March 18, from 5 to 8pm, at Nancy’s Auditorium, YWCA, 87 Elm St., Toronto. Check the event’s Facebook page for details. A reception will follow with food and refreshments served.

On Sept. 26, 2014, students from the Ayotzinapa Teachers’ College were attacked by police and gunmen in the town of Iguala. Three were killed, dozens injured and 43 student-teachers were taken away, never to be seen again. This atrocity is part of a landscape of violence and impunity carried out through alliances among elements of the Mexican state and organized crime. In response, a national movement of resistance has emerged.

As part of the Centre for Research on Latin America and the Caribbean’s Michael Baptista Lecture, a panel of experts on contemporary Mexico will explore the context surrounding these events. They will examine the rise of drug violence, long-standing popular movements among teachers and students, meaningful democracy, and the links between powerful interests in licit and illicit industries.

The following are the panellists: