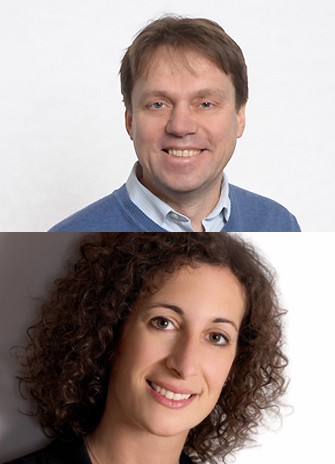 “The President’s Research Awards are an important way to acknowledge the influence that our researchers have in every field of academic endeavour,” said Mamdouh Shoukri, President and Vice- Chancellor. “Professors Krylov and Rosenbaum are outstanding research leaders whose work is having an incredible impact here at York, as well as at the national and international levels.”

Krylov has made significant contributions to research and training, in particular at York’s Centre for Research in Biomolecular Interactions, where he serves as founding director.  He was recently awarded a York Research Chair in Bioanalytical Chemsitry to support the development of new technologies for understanding, diagnosing and treating Cancer.

Recently, Krylov’s scientific achievements have been recognized by the Maxxam award (2014).  He is also a recipient of the McBryde medal from the Canadian Society for Chemistry, Petro Canada Young Innovator’s Award, and the Premier’s Research Excellence Award from the Ontario Ministry of Research and Innovation.  A highly prolific and accomplished researcher, Krylov has published over 140 peer-reviewed scientific articles in the field of analytical chemistry, which has been cited over 3700 times.

“I am delighted to receive the President’s Research Excellence Award. I consider this award not only as a recognition of my previous achievements but also as encouragement for continuing to strive for excellence in research. This recognition would be impossible without my students and associates who work so hard and with such creativity to make my plans and dreams the reality,” said Krylov.

As the recipient of the President’s Emerging Research Leadership Award, Rosenbaum’s international program of research combines patient and fMRI studies to investigate the organization of spatial, episodic, and semantic memory, and the relationship between memory and other cognitive abilities. Last year, Rosenbaum was elected into the inaugural cohort of the Royal Society of Canada’s College of New Scholars, Artists and Scientists.

Rosenbaum’s past accolades include a CIHR New Investigator Award, Sloan Research Fellowship, and early career awards from the Canadian Association for Neuroscience, Canadian Society for Brain Behaviour and Cognitive Science, and Ontario Ministry of Economic Development and Innovation.  Rosenbaum is the coordinator of the Clinical Neuropsychology Stream in the Department of Psychology at York University and an associate scientist at the Rotman Research Institute, Baycrest.

“I am honoured to receive this award, which recognizes research that I have conducted together with students and fellows in my lab and colleagues in the Department of Psychology. This award reflects York University’s dedication to research and education in the areas of Neuropsychology and Cognitive
Neuroscience,” said Rosenbaum.

Newly established this year, the President’s Emerging Research Leadership award, recognizes full-time faculty members within 10 years of their first academic appointment, who have had a notable impact on their field(s) and made a significant contribution to advancing the University’s international reputation for research excellence while significantly and positively contributing to one or more aspects of the York community’s intellectual life.