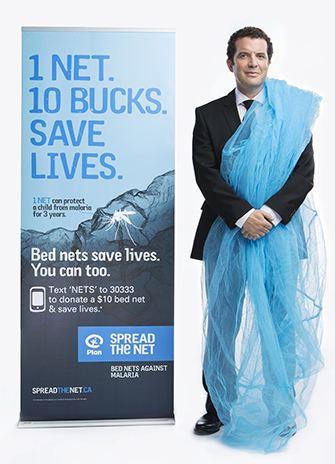 Come help humanities students in the Contexts of Canadian Culture course to Spread the Net at York.

A Rick Mercer- and Belinda Stronach-initiated charity and student challenge, the York students are competing against other universities to raise the most money for anti-malarial bed nets for Africa.

On Feb. 26, watch for an itinerant group of players, cap in hand, travelling about Keele campus performing a York version of “The Cup Song,” inspired by Lulu and the Lampshades.

Donate online or right into the students’ cups on Feb. 26. Ten dollars buys one net.

Malaria claims more than 600,000 lives annually. Most of those deaths are in Africa and are primarily pregnant women and children under five.