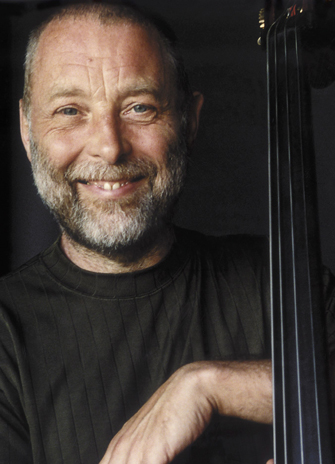 During his residency, Holland will deliver masterclasses on jazz bass and composition, direct an open rehearsal with the York University Jazz Orchestra, and coach small jazz ensembles.

“Dave Holland’s presence, expertise and wealth of knowledge will provide a unique experience for our students,” said Professor Barry Elmes, coordinator of the jazz area.

The public will have the opportunity to catch Holland in performance as a featured artist in the Music Department’s Jazz @ Midday series.  On Thursday, Feb. 26 at 12:30 pm, he will lead a jam session with York jazz faculty in the informal setting of the Martin Family Lounge, 219 Accolade East Building at York’s Keele campus. Admission is free and all are welcome.

Holland has been at the forefront of jazz for almost five decades. He launched his professional career in his native England in the 1960s, playing such storied venues as Ronnie Scott’s club in London, where he was spotted by American jazz legend Miles Davis, who invited Holland to join his ground-breaking electric band. He performed and recorded extensively with Davis and a host of other jazz greats including Chick Corea, Anthony Braxton, Herbie Hancock and vocalist Betty Carter. As sideman, his credits include recordings with rock and folk musicians including Bonnie Raitt, John Hartford and bluegrass artist Vassar Clements.

He is a Fellow of the Guildhall School of Music & Drama in London/UK and holds honorary degrees from Birmingham Conservatoire in England and Berklee College of Music and the New England Conservatory in Boston. A former artistic director for the Banff Centre Jazz Workshop in Alberta, he is currently artist-in-residence at London’s Royal Academy of Music and the University of Miami.

Holland’s visit to York University is the first in what will be an annual series of jazz artists-in-residence hosted by the Department of Music. This residency program is made possible through an endowment established at York in 2008 by the Government of Ontario in honour of legendary Canadian jazz artist Oscar Peterson. The endowment also supports the Oscar Peterson Chair in Jazz Performance at York and the Oscar Peterson Scholarship in Jazz Performance, a prestigious annual entrance award that provides $40,000 over four years to an incoming music student.