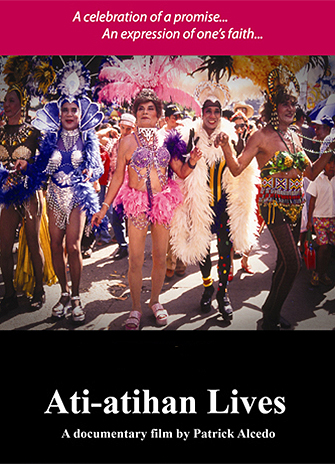 These featured YCAR associates have used documentary filmmaking for different purposes, including knowledge mobilization, public education and activism. They will show short clips from their films and discuss the ways in which researchers can employ filmmaking as both a creative output of the research process and as a medium for deepening the impact of research.

The event, hosted by the York Centre for Asian Research (YCAR), will be held Friday, Feb. 20, from 2:30 to 4pm at 280A York Lanes, Keele campus. Everyone is welcome to attend.

Alcedo, a professor in the Department of Dance, will speak on the various ways he has used film-based research/creation outputs in his work on performance traditions of the Philippines. Alcedo’s research examines dance, religion, gender, sexuality, migration and transnationalism. He is the recipient of an Ontario Early Research Award and the Selma Jeanne Cohen Award for Dance. His films include Panaad: A Promise to the Santo Niño (2012), Ati-atihan Lives (2012) and A Piece of Paradise (forthcoming in 2015).

Yi is a professor and program coordinator at the Documentary Filmmaking Institute (DFI) at Seneca@York and a PhD candidate in York’s Faculty of Environmental Studies. She is a filmmaker, journalist and author whose documentaries have been broadcast worldwide and garnered both national and international awards. Her films include Scenes From a Corner Store (1996), Hide and Seek: An Underground Trilogy (1997), Thai Girls (1998), North Korea: Inside the Hermit Kingdom (2004), Made in Hong Kong (2005) and Echoes (2012).

Felipe has previously worked as a photojournalist and filmmaker. He has been involved with Filipino activist and advocacy organizations, including Migrante, Anakbayan and BAYAN, for almost a decade. His current research relates to indigenous and human rights in the mining sector of Mindanao in the Philippines. He has completed a series of short documentaries concerning human rights and migration, including Remembering Juana (2011). He has also been the director of photography for several productions, including the Barkada.