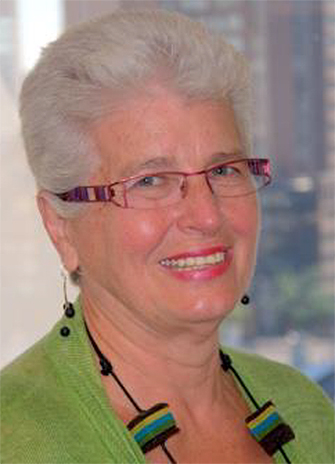 Barbara Hall to give keynote speech

The United Nations has called on all member states to recognize the World Day of Social Justice “to consolidate further the efforts of the international community in poverty eradication and in promoting full employment and decent work, gender equality, and access to social well-being and justice for all.”

Barbara Hall has more than 40 years of experience as a community worker, lawyer and municipal politician. She served three terms as a Toronto city councillor from 1985 and as Toronto’s mayor from 1994 to 1997. From 1998 to 2002, she headed the Canadian government’s National Strategy on Community Safety and Crime Prevention. She was appointed chief commissioner of the province of Ontario’s Human Rights Commission in 2005.

Hall has also practised criminal and family law, been a member of the province of Ontario Health Ministry’s Health Results Team, and lectured nationally and internationally on urban and social issues. She has extensive experience on non-profit boards and committees, and has a strong record of bringing diverse groups together to build safe and strong communities.

Noël Badiou, director of York’s Centre for Human Rights, will introduce the speakers and give the opening remarks at the event Feb. 19, beginning at noon and running until 1:30pm, in the Senior Common Room, 140 McLaughlin College. Everyone is welcome to attend. Light refreshments will be provided.

The event is co-sponsored by: the Office of the Master, McLaughlin College; the Centre for Human Rights; Osgoode Hall Law School; the Department of Education; the School of Public Policy & Administration; and the York Centre for Public Policy & Law.

For more information, contact Lorraine Myrie at ext. 33825 or lmyrie@yorku.ca.