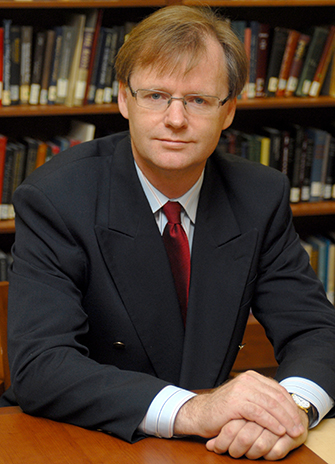 York Professor Michael Organ and researchers in his lab in the Faculty of Science at York University have made ground-breaking discovery that adds new understanding to the Negishi Cross-Coupling reaction, an important chemical process in the pharmaceutical and material sciences sectors. The discovery by Organ’s group means that chemists now have greater understanding about how to promote the reaction to maximum efficiency, improving its use in manufacturing processes. The research by Organ’s lab was chosen by Chemical and Engineering News, published by the American Chemical Society,  to be the most notable discovery in synthetic chemistry worldwide in 2014.

Cross-coupling is a central reaction in synthetic chemistry that is widely used by the pharmaceutical industry to discover and manufacture drugs. The reaction is also used in the material science sector to prepare a wide range of products such as organic light-emitting diodes that are used to produce new-generation displays for devices such as cell phones and televisions. The importance of this reaction led a 2010 Nobel Prize that was awarded to the three chemists who discovered the reaction: Japanese chemist and Purdue University Professor Emeritus Ei-ichi Negishi; American chemist and University of Delaware Professor Emeritus Richard F. Heck; and, Japanese chemist and Kurashiki University of Science and the Arts Professor Emeritus Akira Suzuk. The trio were jointly awarded the prestigious prize for their role in the discovery and development of different versions of this transformation.

“At its heart cross-coupling is a method to stitch complex pieces of chemical structure together that would be nearly impossible to do without it,” says Organ. “Fundamentally, one of these two pieces is based on a halide (such as bromide) and the other is based on a metal (such as boron or zinc). A catalyst first activates the halide-containing partner followed by the metal-containing one, and in a final step forms a bond between the two partners to produce one, now more structurally complex and valuable target.”

As often happens in science, an important discovery can be made long before a firm understanding is revealed for how that discovery actually works. This was the case for the Negishi Cross-Coupling reaction involving zinc-based reaction partners that was first discovered in 1978 by Negishi. Organ’s group has been working on the details of how this reaction works at the molecular level and has discovered that simple salt additives, such as lithium chloride, are not only helpful but are essential to drive these catalytic processes.

Through a variety of techniques Organ’s team has methodically demonstrated the existence of short-lived complexes that form between the zinc partner and the salt that are essential in order for any cross-coupling to occur at all. This work has been ongoing in Organ’s laboratories now for approximately a decade illustrating that patience is indeed a virtue, but also that it can pay off. The typical method used to prepare the zinc partner in industry actually generates the salt as a by product. This was initially discovered when Organ’s team prepared the zinc reagent using a new technique that eliminated the salt by product, which in turn stopped the coupling reaction. So it was serendipity that allowed the Negishi coupling to work at all for the last 40 years. Now chemists can specifically add what is needed to promote the reaction with maximum efficiency, while minimizing unnecessary additives that only wind up as waste.

Negishi commented that the work by Organ’s group is ground breaking for the reaction that bears his name. He commended the team for the meticulous approach they have taken to systematically construct this new mechanism for how the reaction occurs. Further, Paul Knochel of Ludwig Maximilian University of Munich, who is a world leader in organozinc chemistry says, “Organ’s manuscript gives new information on the behaviour of zinc reagents and is a fundamental contribution to the understanding of Negishi reactions.” This impact of this discovery was also highlighted in Gendai Kagaku (“Chemistry Today” in Japan) in an article titled: “The Truth of Negishi Cross-Coupling”.