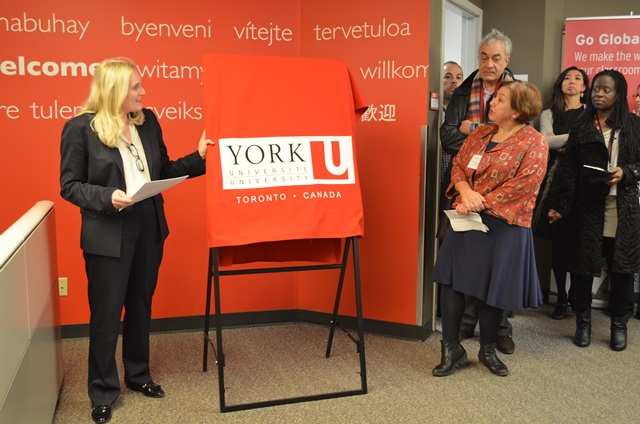 In her welcoming remarks, Marilyn Lambert-Drache, associate vice-president International underscored the important work that York International does to support students from all Faculties. York students not only come from abroad to study at the University, they also travel abroad as participants

in one of many of the global learning initiatives.

Created in-house by talented York and Seneca student-staff, York International Student App will help students before they arrive in Canada via an interactive, step-by-step checklist of immigration-related and other pre-arrival tasks. For international students who are already in Canada, one of its most exciting features is a GPS-enabled interactive map to assist new students to find their way around York’s Keele Campus.

Philip Shea, associate director, York International, thanked the guests for attending and extended an open invitation to any faculty or staff who were unable to attend to visit the office and learn how York International can work with them to promote the internationalization of York.