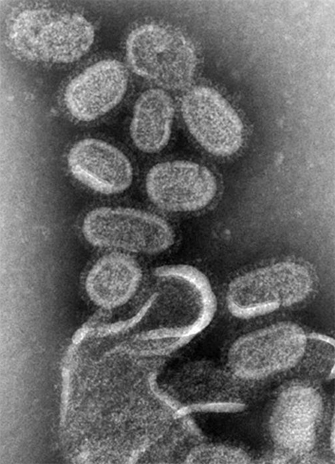 The media often frames newscasts in a fragmented manner by condensing major stories into a matter of minutes. This reduces the importance of significant events and situations. It most often occurs when disseminating technical news or scientific concepts, which are “watered down” to keep the public’s attention through entertainment rather than education. This is a challenge when disseminating news about health-related  topics such as receiving a flu shot or screening for infectious diseases.

York University Mathematics Professor Jianhong Wu, Canada Research Chair in Applied Mathematics, has published a new study in Nature Scientific Reports that shows media coverage has significantly delayed an epidemic’s peak and reduced the number of cases in an influenza outbreak. “Our results indicate that the media should pay close attention to the language used when interpreting disease information to the general public,” says Wu. He notes that it is critical to translate public health data so as to inform the public on both the current status and future trend of a disease and how it spreads. Proper reporting promotes population behavioural changes that are guided in a way that optimizes the control of the disease outbreak, while minimizing the interruption of social-economic activities.

“Media impact does not always remain effective in reducing the transmission during an entire outbreak, but it does (switch on or off) during the outbreak and the switch is most effective when it is guided by a rate of change of the disease case,” says the study’s co-author Yanni Xiao, mathematics professor at Xi’an Jiaotong University. “Media impact has its greatest effect in reducing disease transmission at the initial stage of an outbreak.” The importance of having a clear understanding of the impact of media coverage during the threat of an epidemic is important because it can guide how to best implement public health policy.

“This study also suggests that official government sources that communicate with the media during outbreaks should pay careful attention to how they quantify the number of people affected. For example, stating a total rate of infection to the media [and as a result to the general public] such as ‘150,000 people were infected with the flu last year’, does not resonate as well as stating the rate of change, for example ‘15 per cent more people were infected with the flu this week compared to last week’. These simple changes in how information is conveyed can positively influence the impact of media reporting on the course of an outbreak” says Dr. Michael Gardam, physician and director of infection prevention and control at the University Health Network in Toronto.

Simplification and jargon can also misinform the public about the potential risk of an emerging public heath threat such as Ebola outbreak, and this can result in unnecessary panic. If a piece of information is surprising and comes from a trusted source, people are more likely to spread it. This is another reason why the language used to convey scientific information to the media is significant.

The study authors highlight the imperative role of informing the public about the rate of change of a disease in order to influence behavioural changes that will ultimately result in better control of the disease transmission.

The full study Media impact switching surface during an infectious disease outbreak is available on the Scientific Reports webpage on nature.com.