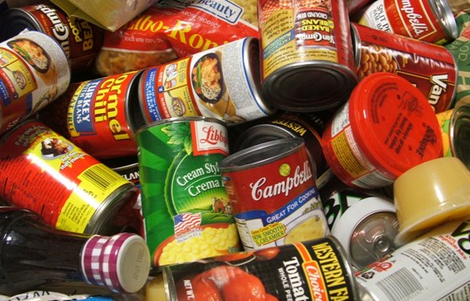 As part of their sixth annual holiday food and toy drive, the York University’s Security team and their colleagues in Campus Services & Business Operations are hoping to fill one of the University’s transportation buses with toys and non-

“Last year’s Holiday Food and Toy Drive was a spectacular success. We filled several huge bins and containers with food amounting to almost two metric tons,” says Richard Fry, senior security official, Security Services. “All food and toys were brought by bus to Toronto Police 31 Division to distribute to the local community and to the North York Harvest Food Bank to distribute to the Toronto Community. This year we will be calling on all of you once again to help feed our York

Community and surrounding University Heights Community in the spirit of the holiday season!”

Donations of new, unwrapped toys and non-perishable food can be taken to large green bins that have been placed at the following locations on the Keele campus: the Security Control Centre in the William Small Building, the Keele campus Lost and Found located in the Ross link, the University Bookstore in York Lanes and the Scott Library. For members of the Glendon campus, donations can be dropped off at the Glendon Green House. The food and toy drive will run until Dec. 16.  All of the donations collected will be put into the transportation bus and taken to the North York Harvest Food Bank. All of the toys collected will be donated to a local charity that will be picked by the Toronto Police Services 31 Division.
Cash donations are welcome and can be made at the Security Control Centre or the Glendon Green House.