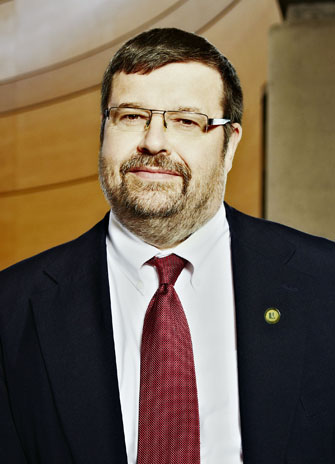 Robert Haché, vice-president research & innovation, has issued this commentary on the Canadian government’s renewed Science, Technology and Innovation Strategy and the announcement of the Canada First Research Excellence Fund:

On Thursday, Dec. 4, the Government of Canada announced its renewed Science, Technology and Innovation Strategy, Seizing Canada’s Moment: Moving Forward in Science, Technology and Innovation 2014.  The renewed strategy is guided by the same core principles as the strategy in 2007, which includes: Promoting World-Leading Excellence, Focusing on Priorities, Fostering Partnerships and Enhancing Accountability. The renewed strategy also retains the People and Knowledge pillars from the earlier framework, but enhances and broadens the Entrepreneurial pillar to encompass Innovation.  In addition to the previously established priorities of natural resources and energy, health and life sciences, information and communications technologies, the environment priority has been augmented to include agriculture and a fifth research priority has been added to include advanced manufacturing.

The government also formally announced the details of the Canada First Research Excellence Fund (CFREF), a $1.5 billion investment over 10 years, which has been designed to help enable the Science, Technology and Innovation Strategy and to provide the opportunity for universities to build on their existing base of world-class research expertise.

Innovation, discovery and excellence in scholarship are at the heart of research at York University and contribute not only to Canada’s future prosperity, but also to the quality of life for all Canadians. The Office of the Vice-President Research & Innovation will be following up with the Faculties and researchers to promote the development of maximally competitive proposals from York within the short time frame available.

The Social Sciences and Humanities Research Council, which administers CFREF on behalf of the tri-councils, has launched the CFREF website highlighting the program details.

Inquiries may be directed to Associate Vice President Research Walter Tholen or to Ryan McCarthy, director of the Strategic and Institutional Research Initiatives Group of the office of Research Services.