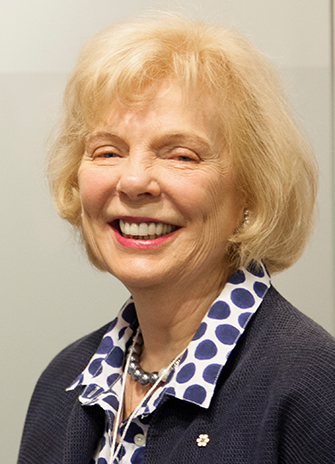 Trina McQueen, adjunct professor in the MBA program in arts and media administration at the Schulich School of Business, has been honoured with the Special Jury Award of Distinction at the 2014 Women in Film and Television – Toronto (WIFT-T) Crystal Awards.

The award recognizes McQueen’s influence and involvement within the health, prosperity and freedom of the Canadian media industry and Canadian artists. She was presented with the award during a gala luncheon Dec. 2.

Founded in 1984, WIFT-T fosters the growth and development of women within the film, television and digital media industry while also celebrating their accomplishments.

McQueen was York University’s Schulich School of Business CTV Professor in Broadcast Management (now the Bell Media Professorship in Media Management). In collaboration with WIFT-T, she played a lead role in the development of the Media Leadership Program for senior level executives and entrepreneurs in the screen-based industries.

McQueen began her career in broadcasting as the first female host of CTV’s “W5,” while also being an on-air reporter for CBC and Toronto’s CTFO television station. This was the beginning of her journey through various roles as a journalist and an executive within media and television broadcasting.

During her 25-year career with CBC, she served as executive producer of CBC’s “The National” and news specials and, in 1980, became network program director responsible for CBC’s television scheduling and vice-president of television news, current affairs and “Newsworld.”  She went on to be the founder and president of the Discovery Channel and, in 2000, president and COO of CTV Inc.

McQueen is an officer of the Order of Canada and currently sits on the boards of the Canadian Opera Company and the Banff Centre for Arts.